Soul princess Aaradhna has been spending time abroad and collaborating with the music industry’s finest. With a fresh take on her classic sound across unexplored genres her new album ‘Brown Girl’ tells stories of love, label politics, heartbreak, judgement and ignorance. Fiona Connor caught up with Aaradhna on new places, new people and reaching new levels of execution.

It would seem Aaradhna has been keeping good company as of late. Upon releasing her latest album so too have been released an abundance of well respected names; a list of session players, retro soul instrumentalist’s and a production team, who are individually accredited to some big time hits and used to working alongside big time artists. Credits include Jeff Dynamite of Brooklyn-based Truth & Soul Records as producer, mixer Dan Parry and mastering engineer Tom Coyne.

If the world is connected by six degrees of separation, Aaradhna is certainly playing her part in connecting us Kiwis to some internationally renowned names. It’s worth noting Jeff Dynamite’s company is kept amongst Aloe Blacc, Adele, Lee Fields and The Expressions; Grammy winner Dan Parry is known for rubbing shoulders with the likes of Lady Gaga, Mark Ronson and formally Amy Winehouse while Tom Coyne’s associated acts include Beyoncé, Taylor Swift, Adele, Sam Smith, Macklemore & Ryan Lewis and Marc Anthony. Jackpot.

When it came to meeting these industry mavens she says “I had a performance in New York at the W Hotel and P-Money suggested that we should go and meet Jeff Dynamite from the Truth & Soul label… he had done amazing work with Aloe Blacc. From there my manager Andy invited the Truth & Soul guys to attend my performance. They watched me perform and agreed to work with me that night.

We started recording in Brooklyn the following month. Dan Parry mixed the Adele 19 & 25 record’s and was a friend of Jeff’s who had also produced on Adele 19. Tom Coyne, well he mastered my favourite album by D’Angelo – Voodoo as well as Amy Winehouse’s Back to Black. Jeff suggested he would be perfect for me.” And he was - with the album combining her story-telling lyrics and powerful voice, it is too escorted by an intricate musical backing catalogue and masterful production.

With a spectrum of musical styles being explored from RnB and soul to country, blues and pop the album is sure to solidify her place domestically and propel her exposure internationally. She says “This new album is all me.” Aaradhna’s been through a windy road of celebrated highs and dark lows but persisted never to deter far from her path. “Sometimes I still kind of doubt myself but I’m just lucky to have family and friends that support me and also I just try to remind myself of the good things that I’ve done… you gotta talk to yourself sometimes.”

At the Vodafone Pacific Music Awards Aaradhna gave a soulful rendition of her first single off the album ‘Brown Girl’. Unquestionably Aaradhna has gained the respect of her fellow Pacific music artists some of who she too gains inspiration from. “It’s inspiring when you’re getting props from your fellow musos so when you hear some nice words form them it’s always, every encouraging word helps. They’re speaking it into life for me.

I take inspiration from a lot of people. I love my old school artists like Sam Cooke and I love my 90’s RnB, SWV people like that and I love Amy Winehouse, the music that she writes and the lyrics that she writes. I just admire people that aren’t afraid to give us their craft and are open to sharing their passion.”

With a new album to celebrate it seems like now would be good time for a well-deserved break for Aaradhna before undertaking her next adventure but we doubt she’ll be slowly down for long. “I’ll be in and out of the country between here and the States and I’ll be going to the UK for a while to see how it goes over there. I think going overseas is good because it’s bigger and you’re open to more people but home is always home.” 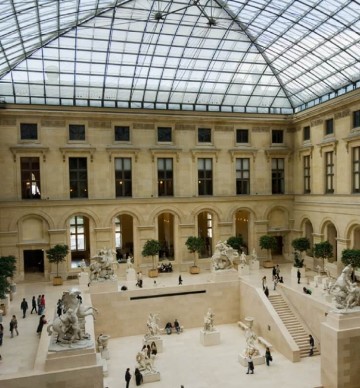