With everything that’s happening around the world, we’ve learnt to appreciate the little things in life. The morning coffees at your local cafe, the old couple living across your street you always remember to say hello to, dinners with friends and so much more. But the idea of isolation has hit people mentally and physically in all parts of the earth.

It’s important that we get the right type of outlet to receive the right information on mental health. In light of Mental Health Awareness week, Remix sat down with Jimi Hunt to discuss everything Mental Health and his new NZ book tour!

During the book tour, Jimi Hunt will be holding a sign saying “I will talk to anyone about anything” - so we decided to talk to him about anything. 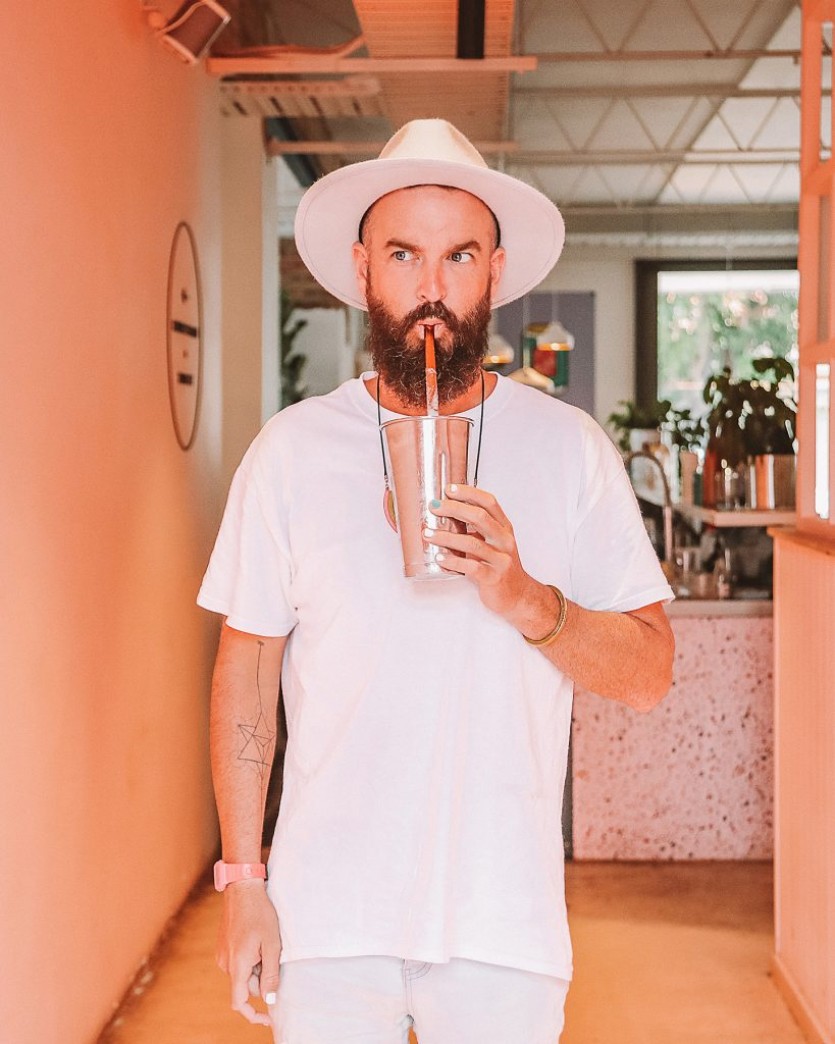 Jimi, you explained that we all sit somewhere on the Mental Fitness Continuum and that it’s our job to move ourselves up from it. Can you tell me more about this?

So, the way the world sees it right now with mental health, you’re either mentally ill or mentally well and nothing else. And what Im trying to promote is like the concept of mental fitness and everyone’s on the continuum, everyone has it, and it works just like your physical fitness. If you do consistent work in little bits over time, you become fitter and you get a whole bunch of benefits. But, if you ignore it and do nothing, you’ll end up getting mentally unfit, and then you end up having problems. So, t’s your job to keep your body in a reasonable state to keep your mind at a reasonable state.

So many people have been affected by the global pandemic this year mentally and physically. How do you think we as a collective should be helping those that have been feeling more isolated than ever?

The number one thing that you can do is to make sure that YOU are in a good place. There are so many cliches that explain this as “put on your oxygen mask before you help others”. It’s the same with your mental fitness. If you are not mentally fit, it’s very hard to help anyone who is mentally unfit. When you are mentally fit, you have the capacity to be able to show compassion, love and to be able to check-in enough. I was talking to friends recently who have just experienced everyone going silent on them because it’s not because their friends don’t care, it’s because they don’t have the capability to check in on anyone else. We get through all of this by being loving, caring, compassionate and empathetic with all the people around us. But it’s hard to be there if you haven’t done the work for yourself previously.

Working on ourself is definitely key when you need to be there for someone else for sure. Social media plays a huge part in mental wellbeing for our youth and all ages really, how would you advise people whose lives are revolved around social media - obviously to some, it’s a part of their job.

There’s a great documentary on Netflix at the moment called ‘The Social Dilemma’, which shows just how it’s set up to be not great for us. But the key is to be aware and conscious of that - it sucks you in. And if you’re conscious of that, then you can curate your feed to how you want it. I follow people who make me smile, laugh, smarter and wiser. They make me more loving and compassionate. Those people positively contribute to my life. Therefore, I continuously engage with it. We just have to remember that, yes, algorithms are against us, but we also have the power to be able to curate it exactly as we need it.

Time to reevaluate my Social Media habits...Why do you think the term ‘mental health’ is fundamentally broken?

The term was used to describe basically anything that’s not mentally ill invented in the mid 19th century. You either had people with mental disorders and people who didn’t. Over time, the brand itself has just been diluted. So, when I say ‘mental health awareness week’, the average person thinks of ‘mental illness awareness week’. It’s gotten to the point where the term mental health is now synonymous with mental illness. 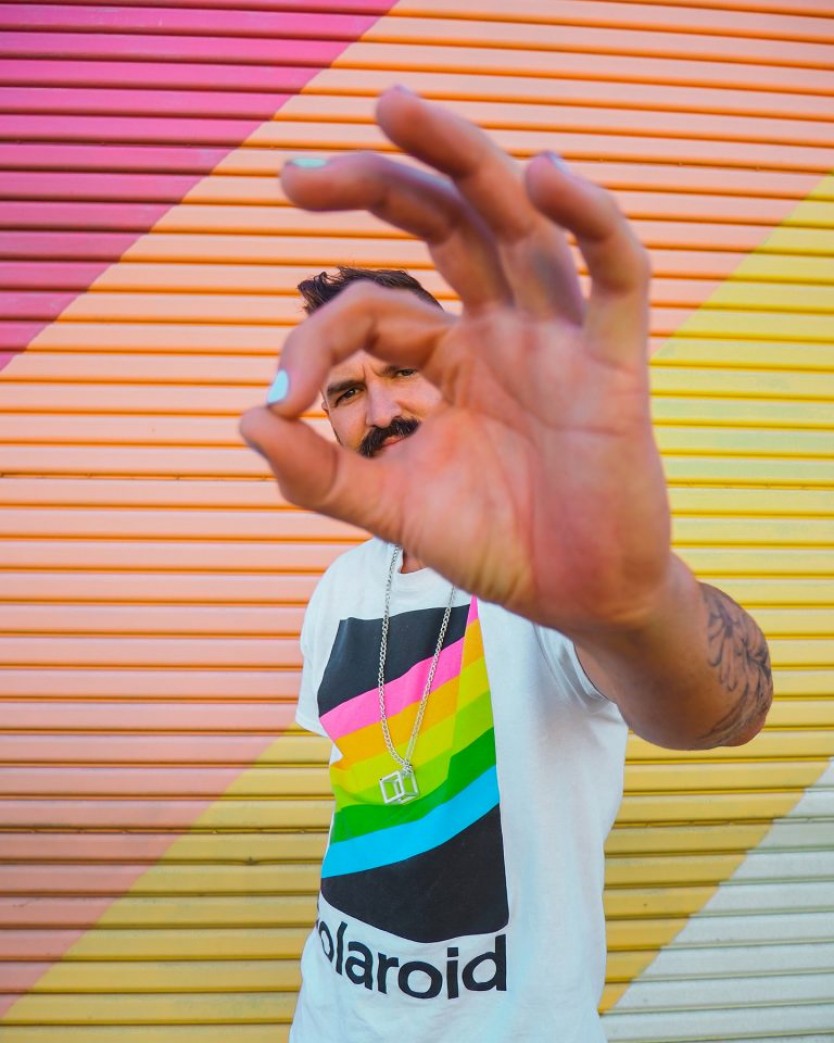 Obviously, during Mental Health Awareness Week, everyone talks about it and discussing it. Why should we start talking more about this?

Exactly! During my time at school, we had study periods that offered three sessions of Mindfulness where we practiced breathing skills.

That really should be a weekly class taught by your teachers. We need to be teaching all of the tools encouraging people to go and find these tools that work for them. It’s key to have as many tools in your toolbox as possible to be able to deal with the inevitable situations of our mental health. 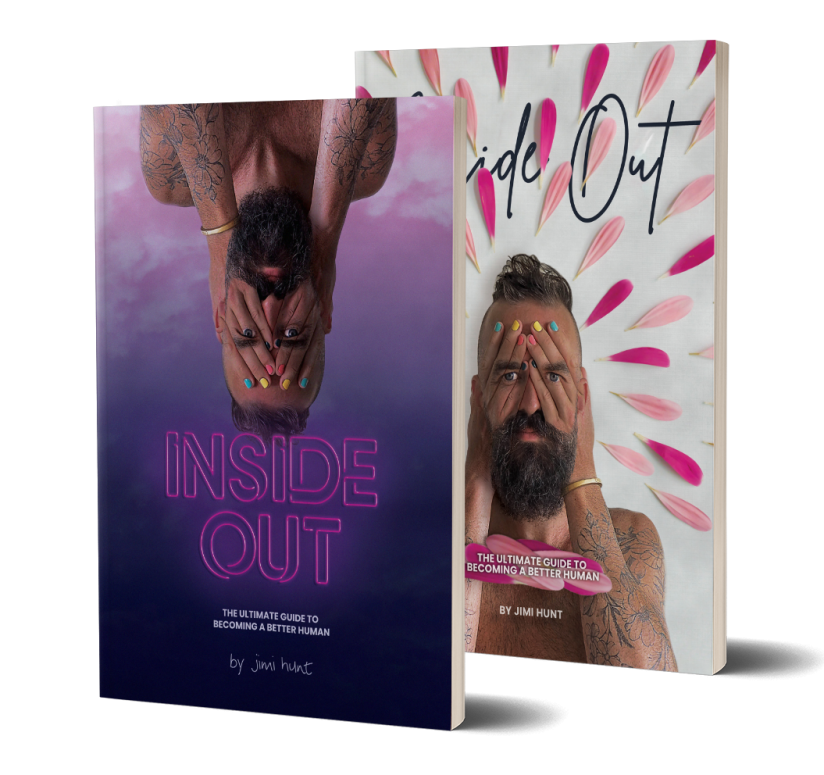 I need to keep filling up my toolbox! Your new book ‘INSIDE OUT’  just launched this week - a guide to becoming a better human - I can’t wait to get my hands on this! You must be so excited!

Yeah, very excited. There’s so much information in there that I think will genuinely help people. My first few readers have even told me that “this is going to help a lot of people”. I think we really need to start engaging as a culture to be able to lift everybody, up because everyone is so fit in this country in general. We just need to get the mental side of it to the same pedestal.

As a part of your tour you’ll be setting up a conversation with a sign “I will talk to anyone about anything” - what are you hoping to try to get across through this platform?

Obviously I want to talk about mental fitness. I’ve had the sign up for years, taking it out sporadically and the thing is, we find it hard to talk to the people closest to us. So, I often end up talking to people who they start telling things to that they’ve never brought up to anyone before, I’m just a random dude on the side of the road, a lake of a mountain, a shopping mall holding a sign. But they tell me stuff because they don’t have anyone to talk to. So, conversations are so important and telling your story is so important - all I’m doing is giving people an opportunity to do that

Exactly. A lot of people prefer to talk to strangers than their own peers but for some reason, it works for them. Lastly, what message would you like to leave for our readers?

We all have mental fitness. Please start looking after it and if you need any help with it, just hit me up. Find my sign, find me on the side of the road or go to my website and email me.

Find Jimi Hunt’s ‘INSIDE OUT’ out now, here!

Take care of yourselves New Zealand.

Celebrities and their stunt doubles

Harley Quinn will star in her own Suicide Squad sp...

Banksy is coming to Auckland in January!