If you had ears during the turn of the millennium, you would have experienced the musical movement that was, Nelly Furtado.

And if ‘Maneater’ wasn’t your number one song in 2006, then we know you’re lying. It’s been a long (and silent) five years since the Canadian songstress blessed us with her last album, ‘The Spirit Indestructible’. But now Furtado is back with a bang, and an album that proves sometimes the best things in life take time.

‘The Ride’ was conceived from Furtado’s rediscovery of the self and normality, after spending the past few years stacking shelves in a friend’s record store. In celebration of our favourite naughties girl re-emerging, here’s our five favourite Nelly Furtado music videos from the archives.

Promiscuous Girl
If boys in newsboy hats, slide phones and mid riff tops, don’t scream of a good time then we don’t know what will! This 2006 gem was everywhere; we all knew the words, and even now we can’t help but sing along.

Say It Right
We all rejoiced when Timbaland popped back onto the scene to co-create this 2009 banger. From the bangs, to the Alex Perry feathered dress, and the potentially perilous dancing on top of a helipad, this video took us to new heights.

I’m Like a Bird
Apart from defining the year 2000, this song also had a pretty definitive video. Denim culottes, hoop earrings and adidas footwear became wardrobe essentials for women of the new millennium.

Turn Off the Light
The year 2000 was a strange year for pop culture. J Lo debuted ‘that green dress’ at the Grammys, Angelina Jolie married Billy Bob Thornton, hair crimping was a thing and Kylie Minogue basically invented hot pants. This is a video we definitely think fits the list of new-millennium mishaps. It could be the amount of neon clothing, or the seemingly random inserts of noodle-eating; but either way this a video we can’t easily forget. Still, Nelly Furtado is perhaps the only person who could make dancing through mud look like so much fun.

The Ride (Short Film)
Although technically not a music video, this is definitely something we should all see. Furtado, along with singer/activist, Tabby Johnson and musician, Nicole Miglis, discuss the pressures of the predominantly male industry and the struggles that influenced the album. Sporting a new look, Furtado speaks candidly about how music has helped funnel her stresses into a creative outlet. Embracing life’s fluctuations and collage of events, Furtado says “[life] is heart breaking sometimes; its joyous and thrilling sometimes, but if you can stay yourself, then you will be able to get on those rides, and you will be ok.”

We know that 2017 is in good hands with the upcoming ‘The Ride’ and can’t wait to hear more. 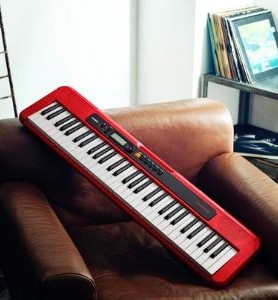