Sex and the City fans the world over were disappointed to hear the recent confirmation that a ‘threequel’ movie from the successful franchise, has been canned. While reviews are mixed as to whether this is a good or bad move by SATC producers, we can’t help but feel nostalgic for the show as we remember it: New York, Manolo Blahniks, Mr Big - and Cosmopolitans with the ultimate Girl Squad.

SATC revolutionised television screens around the globe, not least because of its sassy cast of strong, independent females - who seemed to spend a good portion of their time talking about sex, in ways previously reserved for male characters. Fast-forward nearly 19 years, six seasons, 94 episodes and two movies later, and our love for Sex and the City’s bold humour and eclectic style still lives on.

In a tribute to what Sex and the City 3 might have been, we’ve collated our 15 Favourite Fashion Moments from SATC, over the years:

1. Who could forget the image of Carrie, trotting through the streets of Manhattan in her stilettos and this eclectic pantsuit ensemble? And… that bag.

3. Samantha. Being fabulous. ALL. THE. TIME.

4. When the girls wore their best fur-and-sunnies ensembles to the ball game at the start of Season Two.

5. Carrie’s green tutu was a winner: she wore this in Paris, on the night Big confessed how he truly felt about her.

6. Mismatching stripes and a GIANT ruffle on the front, but somehow it just worked! Carrie’s time in Paris produced some of her most iconic outfits. 7. No one will ever forget the looks of joy (or the dresses!) as Carrie and the squad arrived at her wedding….only to find she’d been stood up by Mr Big at the altar.

8. The girls wore their fur coats to New York Fashion Week in the first SATC movie, despite being attacked by animal rights activists.

10. Miles from home and surrounded by desert, the New Yorkers still managed to absolutely slay in their over-the-top ensembles.

11. The girls were glowing in their pastel outfits - even Miranda’s baby looks dapper. Carrie’s pink dress was worn to hide her real-life baby bump!

13. By the time the SATC movie rolled around, the whole squad's style had evolved and was effortlessly on point.

14. Still one of the most iconic Carrie looks of all time - and definitely not the standard tourist attire!

15. Showing how it’s done in a classic LBD, the girls were understated and elegant in the promo for the first ever episode of SATC.

So we don't get a third Sex and the City movie, but that just gives us even more reason to watch the entire series all over again, right?!

Top 10 places to go for your next guilt-free shopp... 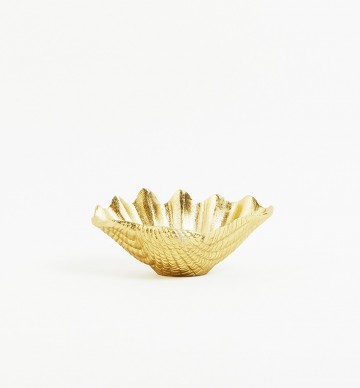 PIA pops with prints and colour at Autumn/Winter '...