Meeting Vogue’s Editor-In-Chief Anna Wintour may be on the top of many fashionista’s bucket lists, but what exactly would you wear on the fateful day?
You could go high-end designer and spend basically a year’s worth of wages on the one outfit, to then find out that because you looked the part, you now have another interview and then another and another, of which you CANNOT afford to fork out for... But hey, it’s Vogue and you’ll do anything it takes to impress Anna. Alternatively, you could chuck on a pair of Doc Martens and be done with it.
The Cut asked 13 people what exactly they wore to their interview with Anna Wintour and if they scored them the job, or not... They surprised me with scheduling my interview the very next day. Not having worked in fashion, I didn't have anything nicer than J.Crew. So, after work, I went to Barneys because it was the only store open until eight and I could bang it out. I also found a nail salon nearby open until nine, and got a blowout the next morning. I bought a silk Proenza tank dress, Prada heels, and a Celine belt. It was like a supermarket sweep, and I spent about $2,000. I didn't have a new bag, but then the receptionist held my (now downmarket) Marc by Marc bag anyway. They made me come in for another interview, which threw me. I started to really get into it and money stopped becoming a problem. I got a shift dress at Prada from the spring collection and then they sold me the blue patent shoes, and it all looked so good. The dress needed tailoring, but it was going to take a week and I needed it in a couple of days, so I name-dropped and they did it fast. The dress actually was on sale but still more than I ever paid for everything. I think that purchase must have been $3,500.

2. The Woman Who Was Told Not to Cry

I didn’t spend much money at all, as I have a stash of vintage finds. I wore a vintage, linen apricot dress with gold buttons and gold peep-toe heels. I borrowed my friend’s Prada clutch to match, and wore some jewelry from David Yurman, where my friend is a designer. Before the interview, the managing editor asked if I’d ever cried on a job (I hadn’t), because she and Anna “hated going into bathroom and fashion closets and hearing girls sniffle and cry over the 'little things' that go on throughout the day.”

When Anna opened my portfolio and saw my address, she said, "Ah, okay. So you live in BROOK-lyn, huh?" She seemed put off by that, and also asked what my parents did for a living. When I said that they used to be teachers, she was not impressed.

3. The Woman Who Went Back — Three Times

Considering it was, I believe, 1989, I'm guessing the ensemble probably involved a teeny Betsey Johnson skirt, opaque black Donna Karan tights, and …cow booties! I'm sure she shuddered.  When I got rehired there the second time, I was a bit savvier. I remember a simple black Calvin Klein sheath. And when I was interviewing for my third time back (glutton for punishment), I went to see a friend who was a personal shopper at Bergdorf for a full wardrobe!

4. The Woman Who Wore Doc Martens

I didn't know I was going to be interviewing with Anna that day, but even if I had known, I don't think I would have chosen my outfit any differently. I was just clueless enough to be unintimidated by the whole Vogue thing. (And it was a features assistant job, not a fashion job.)  I just wore my favorite outfit from my post-college wardrobe: a dark gray Anna Sui pleated skirt, black cardigan, black tights, and Doc Martens. This was 1993, what can I say?

I got an e-mail on Thursday about meeting with Anna on Monday. As soon as I hung up, I just went into preparation mode, poring over every section of all the major international newspapers. I scheduled a haircut for the following day. As for what I wore, I kept it simple: a light gray Thom Browne suit, a white dress shirt with the top button left unbuttoned, glossy dark brown leather Church's dress shoes polished the day before (worn without socks, of course). The only flourish was a white linen pocket square and a very simple Valextra brief case. Before talking about the position, we talked about current events and then tennis (I've been playing sporadically since being on my high' school's team), which broke any ice. It wasn't scary. She was really lovely, in fact.

I got a call about my interview in the evening around 5 p.m. on a Monday night. “Can you meet with Anna tomorrow at two?” I agreed, hung up the phone, and ran to my closet. Nothing. I called a stylist friend, freaking out, who said, "Calm down, she is a professional, she interviews people all the time. Stop making such a big deal about it," before adding, "but whatever you do, don't wear last season's anything." I had time to go to Soho for a pair of shoes and was waiting outside when Kirna Zabete opened. Somehow I decided that my best option was a pair of Proenza open-toed, stacked heels, despite the rain. I justified the $1K price tag and ran back home to get dressed. I paired them with 3.1 Philip Lim high-waisted, silk pants and a black Celine tote I borrowed from my stylist friend, with a belted coat by Apiece Apart. Everything else I kept super simple: little to no makeup, straight brushed hair, and a wedding ring. By God, no fragrance.

7. The Woman With a Mohawk

This was almost ten years ago, back when Anna Wintour didn’t have to interview everyone applying for a job on staff. I was in the art department, and I tried to push the limit a little by wearing neck ties as belts or going so far as to actually shave my hair into a mohawk. That never got more out of Anna than a look and a smirk.

8. The Woman Who Didn’t Know Enough to Be Nervous

It was 1996. I wore some kind of black wool shift/schoolgirl dress (I want to say it was J.Crew or similar) over a white button-down buttoned all the way up and these cheetah-print YSL shoes that I thought were the best thing ever and I still have even though they have bald spots and don't really fit. I did not know enough to be worried that the look was probably not so great. I thought $300 for the shoes was pretty insane at the time and I definitely did not have Prada, Celine, or even Marc by Marc Jacobs.

9. The Woman Who Was Told to Get a Blowout

Anna was my ninth and final interview at Vogue. I luckily borrowed a friend's forest green Helmut Lang dress, which I wore with black tights from Alter and black Dolce Vita wedges. It was recommended by a Voguestaffer that I get a blowout for the meeting, and, reluctantly, I paid $30 to have my hair blow-dried for the first time ever at a Polish place in Greenpoint. Anna was to the point and all business, and the entire interview lasted under five minutes.

10. The Woman Who Had No Money

HR called me and I had one day to prep. First was the interview with HR, who then rushed me down to meet with Virginia [Smith], then Jessica [Sailer], and then Meredith [Melling-Burke] one after the other. The next day, HR called and said they wanted me to come in again and meet with Anna. So I have one day to prep before my interview with Anna. I was never someone who agonized over outfits and I didn't buy anything for it. I was literally right out of college, so I had no money. I didn't realize people borrowed clothes; I didn't know that was a thing. I wore a J.Crew gold sequin skirt, Mulberry doctor bag, and white silk Equipment blouse buttoned up all the way to the top with a Robert Rodriguez blazer over it. My black heels must have been Zara or Dolce Vita because, like I said, no money. I quickly realized I would never wear anything like that again at Vogue, once I saw everyone was actually wearing clothes off the runway.

I think I spent about three hours doing my hair. I ended up sleeking it back with a high pony at the crown of my head so I couldn't fidget with it. I couldn't twirl my hair in front of Anna.

11. The Woman Who Asked Anna to Wait

During my final weeks before graduating from college, I got a phone call from a Vogue editor offering an opportunity to interview for a position. In my thesis-writing delirium, I thought it was some kind of dream or hoax. I asked if they could wait till after graduation, and they said they would. Right after my graduation ceremony, I took a red-eye flight to begin preliminary interviews. After meeting with four different people, I met AW wearing a black crepe wool Balenciaga dress from the latest collection (all of my graduation money combined put a slight dent in its purchase, but I don't regret it as it's a favorite in my closet), a white dress shirt underneath with a crisp collar and cuffs, a simple-but-interesting pave pendulum necklace, and black Prada banana heels that were all the rage at the time.

12. The Woman Who Went Vintage

So I was maybe 21, at my first job out of college, when I interviewed with her. At that time, I had no money and figured if I wasn't wearing high-end designer, I would do vintage. So I wore a very classic outfit with a vintage winter white pencil skirt, and a blouse that I don't remember. I had new accessories, like designer boots and a bag by Marc Jacobs. Vintage coat. I didn’t end up getting the job, but it was last minute anyway and they had someone in mind already.

13. The Woman Who Wore the Vogue Uniform

I was a rover at Condé Nast at the time — it was early days at Vogue when black leggings, a Brooks Brothers boys department button-down, and a sweater wrapped around your waist was an adopted uniform on the editorial side. I wore a black pleated Agnes B. skirt, a black V-neck sweater from Charivari, black tights, and black pointy but squared-off Barneys loafers. Because I was already at 350 Madison that day, I left my black, pleather Ann Taylor tote bag under my desk.

You can now ACTUALLY have Breakfast at Tiffany's! 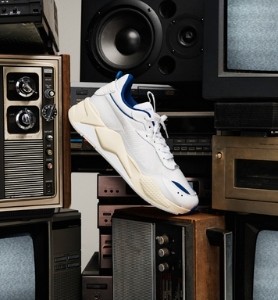 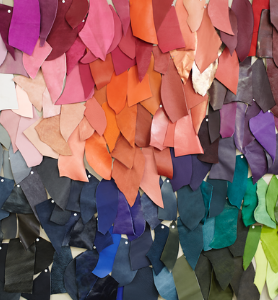