As one of Auckland’s 13,274 working DJs, I often find myself on struggle street on a Saturday morning after a wild Friday night playing other people’s music for money. Unlike normal people I usually have to back it up, nuzzle lovingly into the musty hair of the dog, and head out on the town again that next night to ‘work’ some more. All the while jealously coveting anyone doing the old hungover Saturday night Thai food, DVDs and girlfriend in trackpants thing. There are days when getting back on the booze horse night deux and smanging it out down at Britomart again would be an absolutely impossible task had it not been for one magical, mythical, mortifyingly good drink...the humble Bloody Mary. My love, nay, need for this beacon of sustenance borders on psychotic, I’ll admit that now. As I became a high user of the Bloody Mary, the problem I began to face was that so many places were, quite frankly, utterly shite at making them. Not only would these poor excuses for a BM be served up with a smarmy smile, they would come with a $16, $17 - man even a $20-plus price tag. All for what would usually just be the bare, rudimentary, poor-man’s version of a Bloody Mary. Tomato juice. Vodka. A Splash of hot sauce. A straw. No ice. What the f**k guys? What. The. F**k. And ‘what the f**k guys’ is exactly what inspired myself and fellow jockey of discs Dan Aux to start the Auckland Bloody Mary Review facebook page (See here). Call these hospitality charlatans to account we thought! Illuminate these Bloody Mary shysters for all to see! Fight the good fight for those who appreciate horseradish, tabasco, a dash of red wine, a salt encrusted rim or an extravagant, ludicrous garnish! Then we wrote like six reviews and got sick of it. My commitment to novelty social media accounts is historically pretty average - Dan and I also created the excellent yet short-lived and grossly understaffed @PonsonbyScallop twitter account. But here it is, the Auckland Bloody Mary Review, back in all it’s tomato-y glory in the REMIX. A spotlight on the marvellous, the average, the surprising, and the absolutely god damn f**king appalling Bloody Mary efforts in this fair city. Now to avoid coming off like a pretentious, whinging dick I thought I’d start with someone who has the right idea. Bedford Soda & Liquor opened in December in the well-to-do Ponsonby Central complex. Owned by TV and radio’s Jeremy Wells and friends, Bedford has been an occasional across-the- road-from-work haunt for me lately, but it it took me a couple of visits to latch on to their take on the Bloody Mary. On the food front they specialise in meatballs, subs, and sliders, but it’s the drinks menu raising my cynical (yet perfectly formed) eyebrows. Ok, so their Bloody Mary is in a jar. Is there a drink in Ponsonby not in a jar at the moment? They’ll be serving flat whites in jars next if we don’t quash this worrying, it-was-big-in- Melbourne-in-2012 style trend. But in this case, the jar itself had a little silver lid rim thing which made it a little snazzier. All jar-ist thoughts were banished when I got down to the business of drinking this fine example of a Bloody Mary. The usual suspects are kicking about; horseradish, Worcestershire, umm, tomato juice obviously. But it’s the extras for experts that give this one that certain je ne sais quoi. A sultry mix of habanero sauce, chipotle, hickory sauce, some rogue roasted capsicum and an array of micro herbs. And is that a CHORIZO SAUSAGE garnish atop this beauty or are you just happy to see me? (It’s indeed a chorizo sausage, I’m yet to see a BM establish or maintain an erection of any kind). That chorizo sausage isn’t the lone resident of garnish-ville either. He’s joined on the skewer by half a gherkin and the reasonably standard pickled onion. All up a splendid example of a bar putting their own pioneering spin on the Bloody Mary. I’ll be back. Next up for the #ABMR we return to Ponsonby cafe Landreth & Co. It was here I had the single worst Bloody Mary I’ve ever had about six months ago. Have they upped their game? Find out at the Auckland Bloody Mary Review page on Facebook. Bedford Soda & Liquor, Ponsonby Central: 9.1 tomatoes out of a possible 10. Words by Dean Campbell. 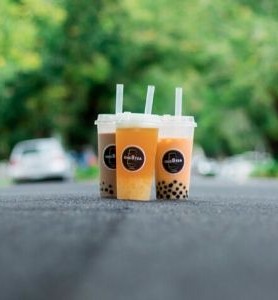 Would you drink this non-alcoholic spirit? 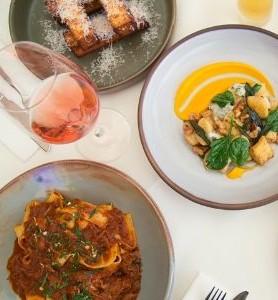 A lesson in longevity; the secret behind Prego's p... 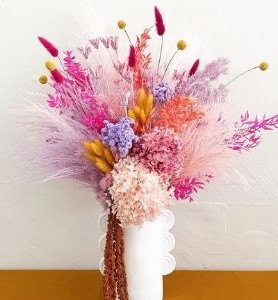 Get to know: Madam Rat - the Ponsonby floral bouti...