Replacing the iconic Vinnie's Restaurant on bustling Jervois Road is new restaurant Paris Butter. Paris Butter brings French cuisine to Herne Bay, headed by former Sofitel executive chef Nick Honeyman and Jeff Costello. We talked to interior designer Olga Skorik about the inspiration behind the space and how she managed to get the project designed and completed in just seven weeks...

The first thing that strikes the eye at Paris Butter is the teal banquette running the length of the room, executed to Olga’s design by Siba Design, topped by a ceiling height antiqued mirror that was custom-made by Weekend Trader for the space. They also made the mirrored panels for the new granite-topped bar that now greets customers and provides casual seating whilst waiting for a table. The patterned floor was originally spied by Olga in a Portugal 10 years ago and now had to be implemented into New Zealand reality out of grey concrete tile surrounded by light oak boards. It makes a particularly striking feature against the cool grey walls of the dining space and originates many inquiries as to how do it at home from customers!

'The design started with a small piece of teal colour upholstery. From there on, it was an avalanche of shades of grey, natural wood and smoky mirrors. I worked towards everything in the restaurant fitting with these colours – from the chairs to the napkins, aprons and wall colour. We wanted the tone of Paris Butter to be funky with a retro-chic feel and a touch of romanticism,' says Olga.

Where possible New Zealand finishings and products were used, for example the custom made tables and cabinetry by Hayman & Whetton and the pendant lights by Weekend Trader. But there were some imported European elements also included.

The sole artwork in the main dining rooms are four coloured chalk images of food. They were done by a Russian artist, Olga Osnach, while she was living in Paris and Olga and Jeff bought them from her five years ago in Moscow. Even then, Jeff had a vision to one day open a restaurant and the paintings were symbolic of this.

Crystal chandeliers, custom fitted by Murano Lighting, add a touch of glamour to the main dining rooms. The Roman blinds and curtains – not commonly used in New Zealand restaurants - add comfort, warmth and old-world charm to the rooms, further enhancing the dining experience.

'I came to realise that designing a restaurant is almost like designing a theatre set – you can imagine the restaurant filled with a comfortable glow and the buzz of vibrant patrons. I wanted the interior to be inviting, comfortable and enchanting. I wanted for people to time travel to a little local restaurant in the most magical city in the world. A friend has texted me saying sitting at Paris Butter and sipping the champagne made them start planning their French vacation. It’s the best compliment I can think of!' says Olga.

The place settings feature custom made ceramic plates and water pitchers, made by Steiner Ceramics NZ. The crockery colours compliment the custom designed linen napkins – Uren Barsal had trimmed 600 of them to order. The table displays are finished with Reidel glassware that was then locally etched with the icons from the Paris Butter logo.   A weekly flower supply from Buds and Bows is an exclamation mark on the unique look of the restaurant.

Keeping a touch of Vinnie’s

Olga kept the beautiful original ceiling coving that were part of Vinnie’s restaurant and added some plank European-style framing to the walls to work in with the original ceiling design. She also opened up the old interior windows that had been gibed over to create a line of sight from the bar area to the kitchen – adding to the 'theatre' of the experience.

The biggest change, however was to the old private dining room. Here the old ceiling was removed and two skylights installed to bring in natural light. Then, three opening were punched through the wall between the 'cellar room' and the main dining room thus connecting the space to the rest of the restaurant, whilst still allowing private functions. The original iron gates were re-purposed to enclose a new custom wine rack from Classico.

Finally, the team discovered an authentic wooden wine crate cupboard out the back of Vinnie’s. With the help of a Hayman & Whetton and a piece of a stunning granite laid on top from Granit Workshop, this was repurposed them into an original looking but very functional Service Desk.

Olga was faced with a big challenge - to get the project designed and completed in only 7 weeks.

Luckily, both owners – husband Jeff Costello and Chef Nick Honeyman, had full faith in her ability to create a beautiful space once she shared her vision with them.

'I was petrified about the timeframe! If my design was to be implemented, Vinnie’s had to be completely gutted and there was considerable amount of work. We were to take dimly lit and muffled formal dining restaurant and turn it into bright and buzzy Parisian-style bistro in matter of few weeks! To make the gruelling deadlines, everybody had to pitch in – Nick and Jeff were project managers, the chefs rolled up their sleeves and became demolition labour and the wait staff had to learn how to remove wallpaper and apply decorating tape. Paris Butter is a true child of love, friendship and dedication.'

Olga also notes that she was extremely lucky with all the trades and local suppliers involved in the project; 'Everybody was extremely professional, competent and accommodating about the super tight deadlines.' 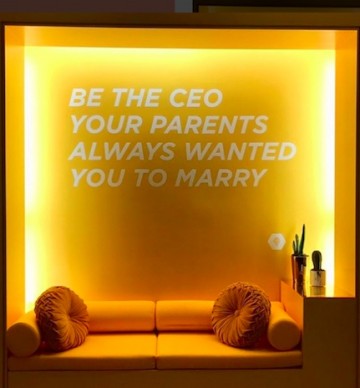 Bumble Live LA is up and buzzing 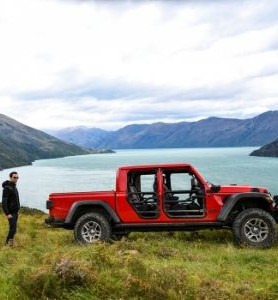