Hey all you cool cats and kittens, Remix reached out to cat-loving Carole Baskin for an interview and this was her response...

"When the directors of the Netflix documentary “Tiger King” came to us five years ago, they said they wanted to make the big cat version of “Blackfish,” the acclaimed documentary that exposed the horrible abuse taking place at SeaWorld and other similar parks around the world. A lifelong animal lover, I was immediately drawn to the possibility of exposing the misery caused by the rampant breeding of big cat cubs for exploitation and the awful lives these majestic creatures are forced to endure in roadside zoos and back yards if they survive their time used for petting.

There are no words for how disappointing it is to see that the series not only does not do any of that, but has instead chosen to be as salacious and sensational as possible to draw in viewers. As part of that, they devoted an entire segment to 23-year-old lies and innuendos suggesting I was involved in my husband Don’s 1997 disappearance.

I will not use this platform to bring further attention to Netflix or their unethical practices, especially when so many of their so-called inside sources have been clearly shown to be heavily biased (Click HERE for the details).

Instead, I invite the public to focus on the real issue at hand and the important work my team has been able to accomplish. For the last 23 years, we have devoted our hearts and souls to stopping the abuse of big cats used in cub petting schemes and roadside zoos. Through our Tampa-based sanctuary, we’ve been able to rescue and rehabilitate over 200 big cats, educate hundreds of venues to not allow cub petting traveling exhibits on their premises, pass the Captive Wildlife Safety Act, and now have enormous support in Congress for the Big Cat Public Safety Act which would end abusive cub petting and outlaw having big cats as pets, and educate the public about the abuses associated with circuses and inbreeding of white tigers.

I hope viewers will join our fight and cease support of the individuals capable of this abuse by not engaging in cub petting or “tiger selfies” and, even more importantly, help us pass the Big Cat Public Safety Act which would end so much of the abuse. For more information, please

Joe Exotic: Tiger King fans will be pleased to hear it doesn't end with that doco... Not only is a bonus episode supposedly being filmed, but also an upcoming TV mini series is now on the cards. Not a fan of the Netflix documentary series - for reasons we can understand -, it is suggested Carole will instead prefer this new scripted mini series, which exploits Joe Exotic's rampant big cat breeding... So long as they don't use live animals to film it.

Baskin issued an open plea to the actress set to play her, SNL star and comedian Kate McKinnon... 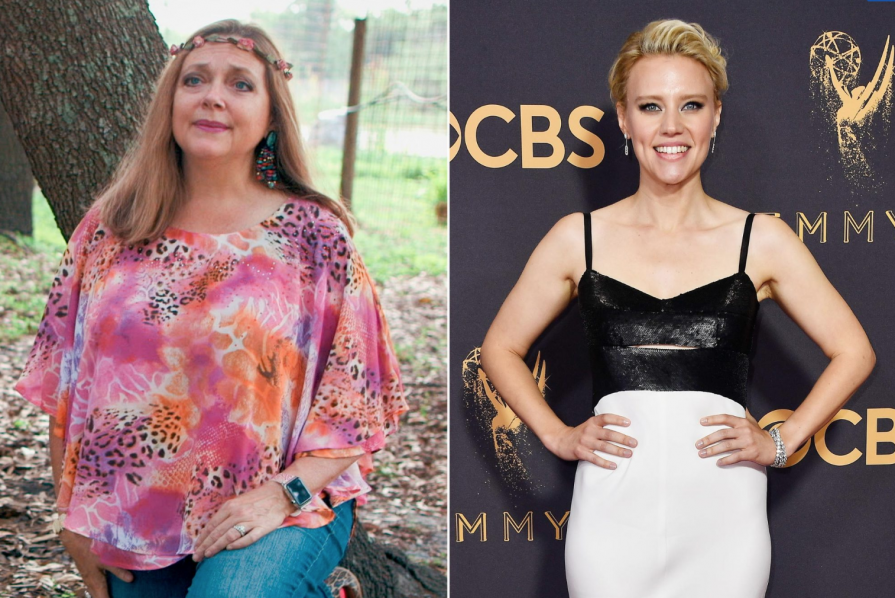 "Kate McKinnon is a wonderful actress... Big Cat Rescue implores Kate McKinnon to not use real big cats and cubs in the making of her series," Baskin said in the open statement to Entertainment Weekly. "We urge McKinnon to utilize computer-generated imagery (CGI) of cats in the show rather than forcing real big cats to suffer just to entertain the audience... It would be cruel to use real big cats in a television series about cruelty to big cats."

"We hope McKinnon has a passion for animals and that her series will focus on the horrible lives captive big cats lead when exploited by breeders like Joe Exotic," the statement continues. "We further hope she urges the public to support the Big Cat Public Safety Act that would end the cub petting abuse in America." 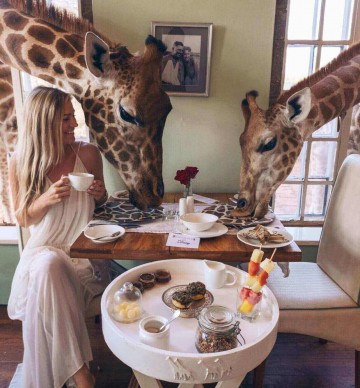 Explore your wild side at these unreal animal hote...

Meet the cat travelling at sea with its human comp...