I am not, nor will I ever be, a soppy romantic. Majority of my ‘relationship anxiety’ stems from the fear that I am not feeling ‘enough’, or I am not where I ‘should be’ given how long it’s been, or because it makes sense to feel those things.

That is not to say  I am immune to the warming effects of being in a really solid relationship, or that I don’t go through phases of being besotted, but I am not permanently so. I prefer to take a pragmatic approach, and if you’re seeking a relationship that’s constantly hitting high points,  newsflash darling, you’ll never find it. My mum once told me that love is enjoying the mediocre bits in between those incredible moments, and my mum is literally always right. I'm a realist and surviving relationships, and in turn, breakups is about learning hard truths. So here's the breakup advice you probably don't want to hear, but should. 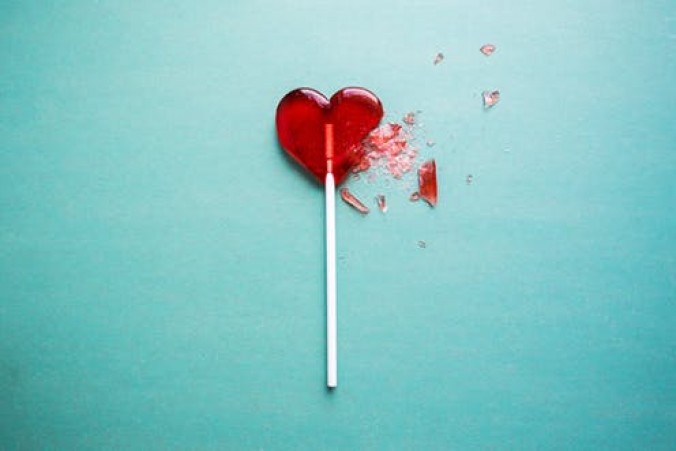 Glorifying relationships is probably the main reason breakups are so hard, and they are, hard for everyone. Through my stoic ‘nothing phases me’ exterior, there is a softer more vulnerable interior, so when my long term relationship ended a few years ago - I found comfort in a number of things I learned during my time alone.

The beauty of breakups is they are actually new beginnings. Those who look longingly back in the past, usually do so with rose-tinted glasses. Hate to break it to you honey, but if things were that great, you’d still be together.

While it is possible to feel unrequited love (which result in the hardest breakups, where one party doesn't’ see it coming) at the same time, who wants that? It’s not someone’s ‘fault’ if they don’t feel the same way you do, but on the same breath, I bet my bottom dollar there is someone out there that will. So why waste your time pining after someone that doesn’t?

My pragmatism allows me to see the long-term picture, and not destroy my mental health in the interim. While this might not be the same for everyone, I vote we all start glorifying breakups, not shitty relationships. Breakups are a fresh start, a time to reinvent yourself, cherish that time alone because you never know when you’ll have the opportunity again.

All breakups are painful, some more than others, but my eternal solace is found in literature, from which I picked up a few pearls of wisdom, here are some of them:

Feelings cannot be analysed into facts

Anyone who has or does struggle with anxiety will feel me on this one. I recall all (both) of my breakups with alarming acuity. If you’re the dumpee, it’s a natural reaction to over analyse, not just the breakup, but every (often agonising) step of your relationship. But don’t do it. I like analytics, I am an economics major so facts and the idea of the absolute are like a soothing balm to all my antagonistic neuroses. But feelings cannot, and never will be, able to be turned into facts. Humans are unpredictable, and often illogical so to search for logical answers is often in vain. When you replay memories over and over looking for signs, they fossilize, and even if you do pick up on something you may have missed, so what? When your mind starts to wander to these places, try to find something that recentres the mind, whether it be competitive sports, verbal repertoire, or just curling up with a good book.

If you don’t know a good thing until it’s gone, you don’t deserve to have it

This one goes both ways. If you broke up with someone because you (wrongfully) assumed the grass was greener than that’s just too bad. If you care for someone enough, you’ll let them move on and be happier without you, and there’s nearly always an underlying reason you strayed, so just trust your gut. If you were broken up with because they don’t think you’re good enough, honestly - go full Elle Woods and emerge from that chrysalis like a fu**** monarch butterfly. Go to law school, start gyming every day, move to Alaska - prove them wrong, but don’t do so directly. Make them think you’re not doing it for them, you’ll be amazed at what you can achieve - and chances are it’s because they were holding you back.

While the urge to continue seeing an ex is strong for all of us, you have to stay strong here. It’s not good for either of you, this is a fresh start, remember? Stay focused on yourself, and don’t let someone emotionally blackmail you into feeling guilty about it. You do you, boo. I personally recommend the digital cleanse (where you remove them on all forms of social media). Yes, it’s dramatic, but if they ended things, chances are they won’t even notice - unless they have one of those weird apps, in which case - ya dodged a bullet. Keep your mind on the long term goal - feel happiness again and (probably) meet someone new, while talking to an ex feels good in the moment, it’s just going to delay the healing process.

Look, I’m no expert, but I’m a realist, and as cliche as it sounds, never lose sight of the fact that you will feel better again. I'm not saying it's not okay to feel sad, but don't let it shroud your better judgement, and don't let it make you do stupid sh** when you're feeling weak and vulnerable. Speaking from experience, once you find someone who actually treats you the way you deserve to be treated, you’ll look back and laugh at all the B.S you put up with. There is no science to this kind of thing, but I am definitely an advocate for the cold turkey method. “Out of sight, out of mind” is a hard pill to swallow, but that doesn't make any less accurate. It’s a learning curve ya know, so, like, learn. 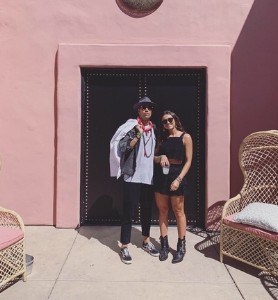 Five Places That Belong on Your Travel Bucket List...