With the vast selection of luxury hotels on offer, booking a vacation can be a daunting task. However, if your holiday’s ultimate priority is the accommodation (five-star accommodation), then look no further. We have carefully created a list of the crème de la crème of the hotel world so, we’re confident at least one of the following hotels should take your fancy. If you find yourself in need of some celebrity treatment or are considering splurging that extra bit of doe towards your next vacay, then check out these five hotels that promise their guests a holiday of unlimited indulgence.

Two years after closing its doors, the exquisite Raffles Hotel has reopened to the public, this time with an immaculate renovation bound to satisfy every guest that enters its grand doors. Opened in 1887, the iconic hotel has seen extensive remodelling and restorations but none quite as spectacular as this one. The fresh design includes 115 revamped suites, new restaurants and bars, a 300 guest ballroom, luxury spa and a shopping arcade. Raffles General Manager Christian Westbeld has said he is thrilled with the hotel's new design, “It's beautiful to see how the new concepts inject new life without changing the character and personality of the hotel. It's refreshed, it's updated, but it's still Raffles." 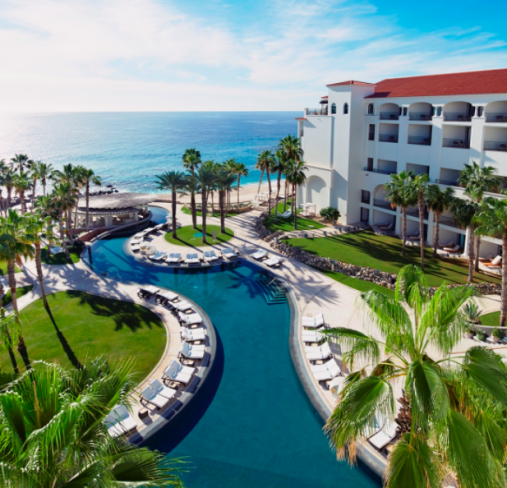 We are all well aware of the luxurious hotel chain that is, of course, the Hilton, but which one is truly worth visiting? If you’re after a lavish holiday in the South American sun, we highly recommend visiting Hilton Los Cabos, Mexico. Known for their artistic design, prime locations and impeccable service, this particular hotel is not one to disappoint the Hilton’s expectations.  Featuring unique amenities such as an infinity pool with a lazy river, swim-up bar, kids club and daily spa specials, Hilton Los Cabos attracts guests from all over the world. This hotel offers the perfect opportunity to grab a coconut, view the picturesque Baja peninsula from your private balcony and endure the hospitable culture of Mexico. 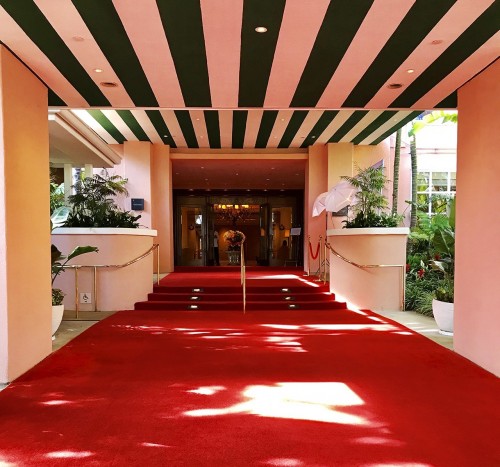 As Weezer would say, ‘Beverly Hills, that's where I want to be’, and don’t we all!  Located on the famous Sunset Boulevard in Beverly Hills, California, the infamous pink palace that needs no introduction has received star status for many years. Not only does the hotel provide celebrity sightings but also boasts impeccable design and astounding service. As one of the more dearer places to stay, every aspect of the hotel from the sophisticated rooms and plush furniture to the outdoor pool with cosy cabanas earns the hotel a top six placing. 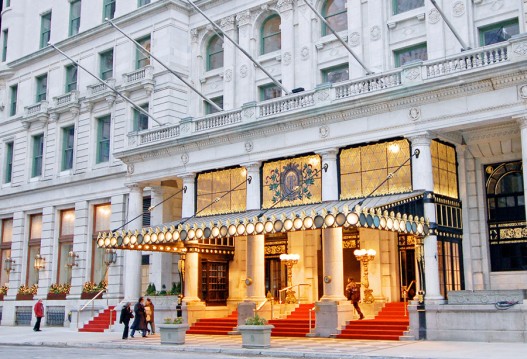 With New York being one of the most popular cities to visit in the world, it's only fair to visit the cities most sought after hotel, The Plaza. For a taste of New York luxury, The Plaza offers elegant marble floors, glass ceilings and baroque styled rooms, with even the smallest boudoir hosting a king-sized bed. The iconic hotel has featured in multiple movies including Bride Wars and Home Alone, and for decades has been the place to be seen for Manhattans rich and famous.

Another hotel famous for its pink exterior is The Royal Hawaiian, located on Waikiki Beach, Hawaii. The polished resort dates back to 1927 and with its Spanish designed architecture and pacific ocean views, we understand the high attraction. Originally a playground for the rich and famous, during WWII the hotel became a rest and relaxation centre for the Navy personnel. After the war, the Royal Hawaiian was restored back to its original elegance and today is labelled as one of the most famous hotels in the world. 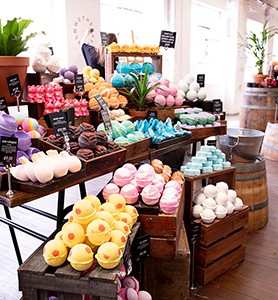 A Warm Winter Dish To Enjoy With A Whisky