Auchentoshan American Oak whisky is quite the mouthful for two good reasons. First, the relatively new-to-New Zealand label requires a certain level of articulation [hint: it’s pronounced ‘awkh-en-TAW-shen’]. And second, the Single Malt whisky is sweet and delicate to the palate.

Kiwis will now be able to experience this sweet mouthful themselves, as Auchentoshan American Oak whisky launches on premise at various inner-city Auckland hotspots this month.

To celebrate, we invited three social media stars to an Auckland bar crawl of sorts, where they could enjoy the Auchentoshan American Oak Signature Serve with Auchentoshan ambassador Stephen Burke. Because what better way to enjoy a glass of whiskey in good spirits than with friends?!

Frequenting The Lumsden, Britomart Country Club, and My Bar, Vlad Tichen, Holly Estelle, Jaheb Barnett and the Remix team challenged each lead bartender to create their own interpretation of the Signature Serve, using our new favourite brew!

The results? Smooth, satiating, and easy on the palate. Not that this was a competition, but to pick our favourite would be an impossible task.

Check out some of the highlights of our night on the town, here:

We quizzed each bartender on how they developed their unique twist on the Signature Serve, and recommend you head down to one of these establishments this weekend to try each out yourself!

Join us on our journey around three of our favourite Auckland spots to imbibe:

REMIX: Alright so, firstly, tell us about yourself. Start from the beginning, just basically a bit about where you work, just give us your elevator pitch.

Jack: I’m 27, and originally from Portsmouth in the UK. I’m an international bartender so I travel around the world serving beer. I specialise basically in craft beer so I like to try it wherever I can, all different types wherever it is. I’ve been in NZ for nearly 11 months now. I’ve been working at the Lumsden Freehouse for five months - Auckland city has welcomed me beautifully!

REMIX: What does a typical day look like for you?

Jack: Ahh, hospo lifestyle. I wake up with a slight hangover after having a couple too many the night before. I go for a little stroll around, have some nice breakfast, I live right on the Domain Park so it’s beautiful. I love to travel to as many bars as I can and try as many beers as I can. Obviously not before work, , it’s afterwards!

REMIX: Tell me this Jack what tips do you have for serving the perfect cocktail?

Jack: The perfect cocktail? The brutally honest answer is don’t have a cocktail. Either have a beer, or have a scotch, or a whisky, or a bourbon, or anything like that on the rocks and actually fully taste the alcohol without mixing it.

REMIX: How do you like to serve the Auchentoshan American Oak Signature serve?

Jack: So, based on today’s experiments I’d say the best way to do it is just in a tumbler glass, fill it full of ice, you put in 30mls of Auchentoshan, 30 mls of sugar syrup, 15 mls of fresh filtered lemon juice, and the best bit we found at the moment is IPA from Epic Brewery called Static, ah it’s very well balanced and it’s got such an explosion of flavour in your mouth that when you combine the two it just works perfectly.

REMIX: It’s your night off, what would you do? Do you guys ever get nights off in hospitality?

REMIX: Okay Alex, tell us about yourself and your role?

Alex: Right so I am the manager of BCC, I’m coming up to my year anniversary in about 3 days…

Alex: Thank you very much. Before that, I moved over to the UK and I spent most of my time in hospo over there. I just fell into it to be honest, but loved it, found that I had a passion for alcohol. And I’ve loved it ever since. Cocktails in particular have been a massive passion for me. I just love the whole atmosphere of hospitality in NZ.

REMIX: Tell me this, so on your way to work you wanna grab a bite to eat, where do you stop off?

Alex: There’s an amazing café on the shore called Honey. Oh man, go there, the chicken salad it’s everything you want in a chicken salad and more.

REMIX: How do you like to serve the Auchentoshan American Oak Signature serve?

Alex: I like to use agave which is a sugar syrup from the by-product of tequila. It’s really good, it’s great on breakfast. Ah, whisky is too. And then I use the Sawmill IPA, so Leigh Sawmill is the guys just outside of Matakana. If you ever get to the brewery there it’s such a good day out, I wouldn’t drive if you can help it because they’ll feed you with a lot of beer, but the IPA works so well with the American Oak.

REMIX: What’s one of your favourite cocktails, what would you order?

Alex: I like a really strong cocktail, so a gin martini is probably my go to if I’m just walking in and don’t know what I feel like. Otherwise old fashioned, I like to keep it pretty strong.

REMIX: Okay, if you could take four people with you on a night bar hopping, who would you take and why?

Alex: I’d definitely put Chris Pratt in there, I think he’s hilarious. I feel like Jennifer Laurence would be great just for sinking a pint I think. Samuel L. Jackson just for all the beautiful language that he speaks and, let’s go with Dave Grohl. Acoustic, around a fireplace, like he’s going to have a great time.

REMIX: Tell us about yourself just a bit of insight into how you got to where you are today, and how things are looking for you, what your kind of working on…

Asa: I’ve been in hospitality for about 12-14 years; I started off in a hotel working as a waiter and then sort of made my way up. I studied drama l out at Unitec, so I did acting out there for about three years and while I was studying there I was working part time as a bartender, and funnily enough bartending actually pays the bills.

REMIX: It’s kind of theatre in its own way.

Asa: So, working down in Wellington that was late nights starting about 8-10pm at night finishing at 7am in the morning, so not overly conducive for getting up early for auditions. I started making my way up and I’ve been here since 2011. I went over to Scotland for about six months on a working holiday, and then I came back in 2014.

REMIX: What is a typical day like for you?

Asa: Generally, it’s coffee and some food. Then come into the bar, usually do my emails, jump on the bar, work the night, and then you know sometimes its White Lady for a burger, and then home, sleep, rinse, repeat.

REMIX: What tips do you have for serving the perfect cocktail?

Asa: Perfect cocktail? Um, use quality ingredients, and fresh ingredients, and keep it simple. I’ve judged a couple of cocktail competitions, I’ve been in a couple, and a lot of the time simple is better, yeah.

REMIX: How do you like to serve the Auchentoshan American Oak signature serve?

Asa: Like I was saying to the guys earlier, fresh lemon, and sugar syrup. The IPA I am using at the moment is the Urbanaut NZIPA so we rotate our taps quite frequently. Quite a citrus heavy IPA which goes quite well with the Auchentoshan obviously being a bit sweeter and stuff, having those citrus notes from being triple distilled. Yeah and then I just do a little grapefruit twist on top.

REMIX: Yes, and if you could take four people with you on a night bar hopping, who would you ask and why?

Asa: So, I struggled with this one and it wasn’t until about 2.30am last night that I sort of went ok, Judy Dench and Ian Mckellen. I think it would be f****n hilarious. I think they would be awesome to get on the piss with. I’d have Tim Minchin there too, he’s just amazing and I love a lot of his stuff. And lucky last is Jamie Boudreau, he runs Canon in Seattle and from a professional bartending point of view, I’d love to just pick his brains.

Keen to try Auchentoshan yourself? Head along to one of these bars and let Jack, Alex, or Asa talk you through how they prepare their Auchentoshan and Ale Signature Serve.

Or if you fancy making the Auchentoshan and Ale cocktail at home here’s the recipe:

Fill a glass with ice

Top with you favourite pale ale

Finish with a lemon garnish 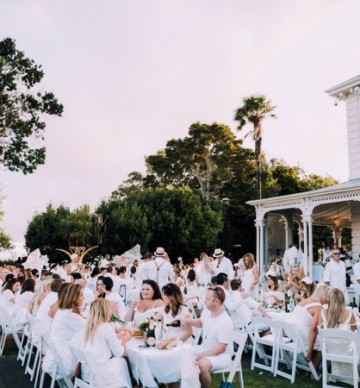 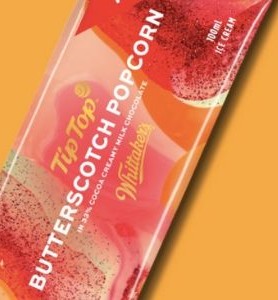