If you’ve ever been curious as to what goes on behind the lens of mother nature’s most breathtaking moments then you should get to know French-Canadian wildlife photographer and expedition leader, Francoise Gervais.

Exploring the arctic with a camera in hand, battling extraordinarily tough conditions and experiencing one-in-a-lifetime moments every day makes Francoise’s job unlike any other. A skilled guide and expedition leader, she feels like she has a social responsibility to capture these places and moments in time, “because they’re so remote and not everyone can get there because of harsh environments. Sadly, you can really see the climate crisis in action with my job. Particularly the amount of sea ice that is melting.” 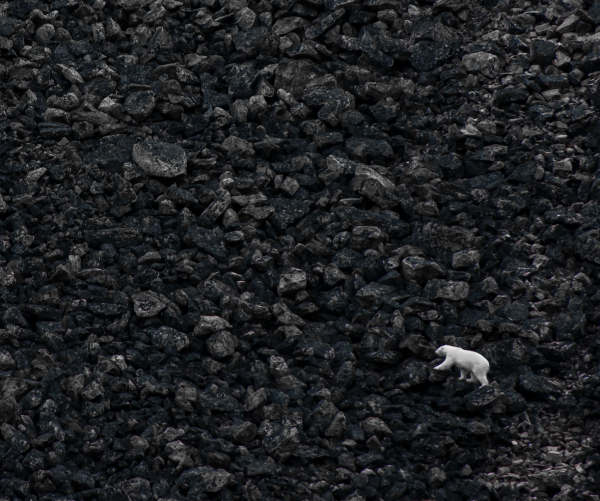 Francoise’s hauntingly beautiful photograph above is featured in the Wildlife Photographer of The Year exhibition at the Auckland Museum from February through to May 10th. A must-see, world-class exhibition enjoyed all over the world by nature lovers and photographers, the exhibition illustrates the majesty and vulnerability of life on our planet.

Francoise’s encounters with Polar bears are simply part of the parcel, she explains, “Any interaction with Polar bears is special, especially mother and cubs, it’s just amazing. But one very frightening encounter I had, was when I was inside the cabin and the Polar bear was right behind me on the other side of the window. Instinct took over and I hit the window really hard with both hands and the Polar bear ran away. They can easily smash a window, particularly if they are searching for any food as it is so limited with the current climate conditions, they will do anything to get their hands on food.”

When asked how does one fall into this line of work, Francoise explained it was a culmination of events and scenarios. "I started to guide in 2014, but before that I had a whole different career, where I was working in deep sea research and conservation. How I became an expedition leader was by always saying yes to any field work. I always tried to get on the field, trying to learn anything and everything. But it was never quite enough, until I met a woman who was organising an expedition... a lot of hard work followed and now I lead expeditions."

Experiencing such rare species is a huge drawcard for the animal lover, who explains that besides the Polar Bear she also loves the Arctic Fox.  "Secretly my favourite animal would be the Arctic Fox. Anybody that works with me, knows that I lose my mind when they're around. In winter time they are all white in colour and they have so much personality and are super fearless. They will come up right beside you and they don’t really care, it's very cute and funny. Along with being super quick they are very resilient animals, compared to the polar bear which is very strong and powerful but people forgot how much the Arctic Fox are trying to survive. Sometimes you are just like wait, where did they come from? Because there is literally nothing around and it's completely frozen at -40 degrees."

As expected, expeditions can be dangerous and full of surprises. Francoise explains, "start with a plan and be super organised and then destroy your plan. When working in polar regions, no matter how much you plan and organise, you have to be ready for the unknown. It’s just the nature of expeditions. There is no typical day, it is always changing because that’s the beauty of it, nature really rules, so you have to be accepting that it’s not always going to happen as you want it to."

Keen to head to the arctic yourself on an expedition like one of Francoise's? These are the five essential items she recommends to survive the harsh arctic conditions...

Check out her work and other talented wildlife photographers snaps at the Auckland Museum from February 28th through to May 10th.

Get yourself a trip to the Greek Islands with Hein...