After five years of tears, laughter and turmoil, Girls is saying goodbye; to New York, each other, and us. That’s right folks, the all-too-real ‘voice of our generation’ and un-romantic series is over.

There has been a lot leading to this point, would Adam and Hannah have a ‘Carrie & Mr. Big ending’? Were Ray and Marnie really going to end up together? Where was Shoshanna? And most importantly, would the Girls finally get their shit together?

The first scene shows Marnie and Hannah spooning in bed (we’ve come full circle back to the first series) where Marnie tells Hannah that she’s ‘won’ their friendship and wants to help raise Hannah’s baby. Cut to five months later and the girls are living in a house and raising baby Grover (where the heck did this name come from?!).

Hannah becomes increasingly frustrated at Marnie’s arrogance while Marnie can’t stand Hannah being lazy and detached (Ahem, did they learn nothing from the past five years?). They’re now a bizarre, co-dependent pair and things only get worse as Grover refuses to latch. Desperate and totally unsure how to help, Marnie asks Hannah’s mother, Loreen, to come and give Hannah a few home truths, and cue the best line of the night: “...you made a choice to have this child, and guess what? It’s the first one you can’t take back. You can’t get your tuition refunded, you can’t break the lease, you can’t delete his phone number. Your son is not a temp job, he’s not Adam. This is it." Preach it girlfriend! This was a looooong time coming.

Hannah storms away, unable to deal with the truth (standard) and stumbles across a pant-less teenager (again, full circle). It’s here when she realises how ridiculous she’s being and sees herself in the whiny teenager that stands before her.

After giving her pants to the teen (not entirely sure this was necessary), Hannah heads home and this time when Grover cries, she takes charge. She cradles Grover who finally latches. The last shot of the series is of Hannah’s face, one of relief and hope. *Exhale*

The finale wasn’t all drama however. A particular highlight was when Marnie, clad in sexy lingerie, donned her best British accent and had Skype sex, only to be caught by Loreen. Panicked, Marnie quickly tries to save her modesty and downplay what just happened by changing in to a full-length flannel pyjama set.

So what the heck are we meant to make out of this finale? And where was Shoshanna? Jessa? Ray or Adam? The finale felt almost like a spin-off, something completely different from the five previous seasons. My guess is that the previous episode was the intended finale, at least there we had some sort of resolution. Even though, it wasn't a good one - where the four girls had a confrontation in the bathroom and collectively decided they shouldn’t be friends anymore.

People on the Twitter-sphere weren’t happy about this ending, because it left so many questions unanswered. But I think we’re so used to finales being finished up nicely, questions answered and everything tied up with a big bow on top that we didn’t necessarily know how to process the Girls finale.

If anything, the final episode was true to the series as a whole. Girls was a social note on how hard it is to be in your 20's, how different relationships and friendships work, excel or crumble. It taught us that its OK to not know what to do, to make mistakes and to be a bit selfish from time to time. We were introduced to four central characters, all of whom were flawed and somewhat unlikable, so it is only fitting that the ending would be as unconventional as they are.

Girls ended as it began, as a quirky series about a self-involved eccentric and her three friends, all figuring out what it meant to be women. Now because there was no resolution in the finale, I’ve decided to jump to my own conclusions (women are good at that) about where the girls will end up in 10 years' time.

Shoshanna
Shoshanna realises that she doesn’t want to get married and has a ‘runaway bride’ moment where she leaves last minute and runs, into the waiting arms of Ray. They get back together and turn their café shop, Helvetica, into a chain.

Jessa
After her toxic relationship with Adam goes down the drain, Jessa packs her things and moves away without telling a soul. She has a brief lesbian tryst before finally finishing her therapy degree.

Marnie
Ever the martyr, Marnie finishes things with Ray and goes on tour as a solo artist only to feel as unfulfilled as ever. She tries reconnecting with Charlie, only to find that he died from an overdose.

Hannah
After moving back in with her parents with baby Grover, Hannah excels in being a solo mum, in her own odd way. Once Grover is five she gets back into writing and scores a job as a columnist (a la Carrie Bradshaw) and starts writing her second book.

Art of Remembrance: Take home your own Max Gimblet... 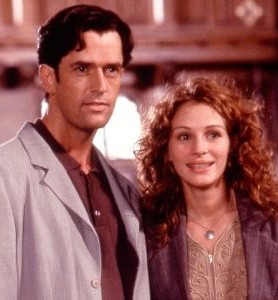