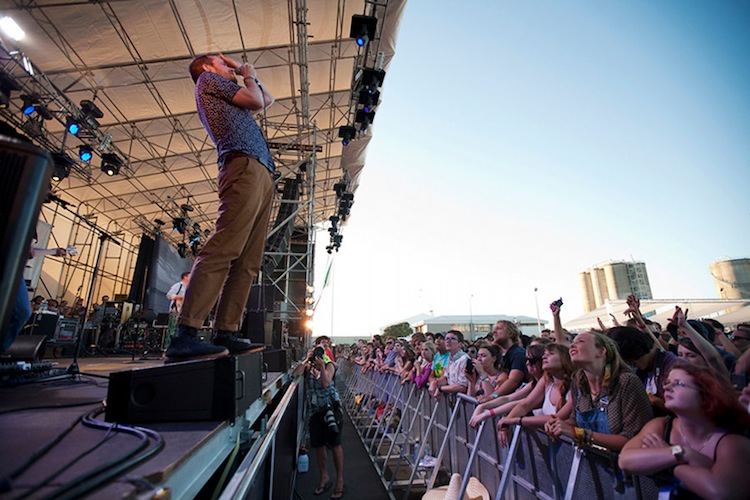 There's been a few changes to the Laneway line-up over the last few weeks. First Lorde was in, then she was out, then she was back in again... sort of. James Blake was also on the bill, then he was out because of a Grammy nomination... up against Lorde! Fortunately the St Jerome's Laneway Festival crew have replaced acts with equally awesome ones and still have a seriously solid line-up for people heading along to Silo Park this coming Monday 27th January. Now in it's tenth year as a leading Australasian festival, Laneway maintains it's reputation as one of the hottest gigs on the Aussie and Kiwi summer calendars, credited with bringing new and revered music to the forefront of local consciousness. So basically it's a Big Day Out for indie kids. 2010 saw a relatively unknown band called Florence + the Machine headline the festival at it's previous home in Auckland'sBritomart Square and... well... they're a pretty big deal now, aren't they? So Laneway is upon us again and there's a solid line-up of epic acts - both big and small - to appeal to the massive crowd of kids dressed under the stunning Auckland sun in knitted cardigans! It seems like everyone is going this year and we certainly are... here's the top five acts we're keen to see and who we think you might like too! See you down at Silo Park Monday 27th January. Check out the official website here for more information. 1. HAIM Clearly Haim was going to make our top five. These three sisters from Los Angeles, California had a massive 2013 with the release of their critically-acclaimed debut album Days Are Gone. Having played Glastonbury festival and being named as "ones to watch" byRolling Stone magazine, we're keen to see Haim bring the goods. If you aren't already familiar, give their song "The Wire" a listen below. 2. JAMIE XX Jamie XX, one half of English indie pop duo and our mates The xx, will perform a full set of new and unheard material - both original and remixed - in his first ever visit down under. Check out "Angels" from The xx album Coexist. 3. CAT POWER If you haven't heard of Cat Power then change that, fast. Real name Chan Marshall, this alternative American singer and actress has had a cult following for nearly twenty years and has kept coming back to Auckland to play for her loyal Kiwi fanbase. She's truly magical live and has a big backlog of tracks, but check out her song "The Greatest" from 2006. 4. RUN THE JEWELS We're absolutely obsessed with this American rap duo of EL-P and Killer Mike who have been touring with their beats for the last two years. They'll be bringing tracks they've produced together and written apart. You might recogise "A.D.I.D.A.S." by Killer Mike... 5. THE PRESETS Last but not least, how could we forget one of the best things to come out of Australia since pretty much everything else they've stolen from us? The Presets have long been smashing their heavy electronic beats out across Bondi and clubs across the world, including a stint opening for Daft Punk. Their 2008 Apopcalypso sat at the top of the Australian ARIA music charts for a fair stint and no wonder because their tunes "My People" and "Talk That Talk" are ultimate summer anthems. Check out "My People" below... Visit the official St Jerome's Laneway Festival website for more information. Words by Steven Fernandez. 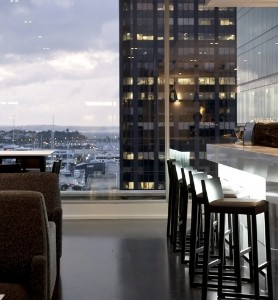 Dining at Vue Resaurant under their talented new c...