Many of you may be familiar with the edgy documentary-makers that are VICE, and for those of you who aren’t, you’re about to be. SKY has recently launched the new VICELAND channel, which delivers the same edgy, out-of-the-box, voyeuristic viewing for which the brand is world famous for. From music and art to sex and drugs, VICELAND brings young people the kind of content they want to watch.

Immersive, informative, and intriguing, VICELAND is for the inquisitive and open-minded among us, covering those taboo subjects no-one else is daring enough to cover, and highlighting never-seen-before details of the world we live in.

And these three must-watch documentaries are a prime example of that.

Casting the microscope over the current stigmas around gay culture is Gaycation: Tokyo, which shines a light on LGBTQI culture in Japan’s capital. Fronted by openly homosexual actress Ellen Page and her best friend Ian Daniel, the duo set off on a personal journey to uncover what it means to be LGBTQI in conservative Japanese culture. Tokyo’s vibrant nightlife sets the scene for the pair to frequent a number of clubs in the heart of Tokyo’s gay district, including a lesbian-only bar (during which Page is visibly giddy with excitement!), and Daniel dressing as a woman at a transgender lounge. But Tokyo is just the tip of the iceberg, with other countries such as Brazil and Jamaica featuring as Gaycations for Page and Daniel, as they sympathise and empathise with those who have blazed their own trail through societal norms to let their true selves shine.

Check out Gaycation every Wednesday at 8.30pm.

Step inside the dangerous world of the illicit and illegal in Michael K. Williams’ Black Market. The first of many episodes, all of which exposing the dark underbelly of this world, is set is Newark, New Jersey, and follows a group of teenagers who have turned to joyriding stolen cars as a means of making money. Largely due to unemployment and a cycle of poverty that’s been difficult to shake, these teens have turned joyriding into a global criminal ring.

America is the centre of attention in Abdullah Saeed’s VICE does America. Along with VICE co-workers Wilbert and Martina, the three VICE staffers set out to meet an eclectic mix of all different types of Americans, and what they stand for. The first episode highlights what was the most controversial presidential race in history – Trump vs. Clinton. Aptly named The President & the Mad Rancher, the trio stumble upon a ranch where they come face to face with the leader of the militia himself.

A channel that speaks out about everything you want to know, but haven’t bothered to Google it yet. But with these three documentaries now under our belt, it’s safe to say we’re hooked.

VICELAND is available for all SKY basic subscribers on channel 013. 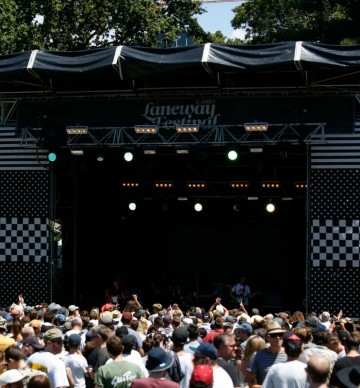