Hot on the heels of the release of Reputation, Taylor Swift is making travel plans. Next November, Swift will once again be gracing our shores with her talent and giving us a show to remember.

Despite her frequent visits, The Reputation tour will be the first show in New Zealand since 2013. The release of this album sparked controversy and mass fan decoding, as we tried to figure out the meanings and influences behind each track. Hearing the album live may just give us all a chance to work out the feelings deep in the songs. While November is a long way away, it gives us a chance to memorise the lyrics, prepare ourselves emotionally and get ready to witness what we know will be a spectacular show.

To bide our time until the date, here's our definitive guide to T-Swift's best music videos:

Although this wasn't Taylor Swift's first music video, it is definitely the one that catapulted the young singer into the coveted position of household name. From the period drama dresses, to the heart-throb leading male (who also happened to be Miley Cyrus' boyfriend at the time), the video stuck in the minds of many waiting for their prince charming.

2. I Knew You Were Trouble

When this video hit our screens we knew the days of country ballads were gone. This single caused a swell of drama across social media, as it was rumoured to be about her highly publicised romance with Harry Styles. The video features a raft of grungy imagery, from the pink hair, dive bars and strobe lighting.

This video gives fans an inside look into exactly what a Taylor Swift broadway musical would entail: lights, drama and a touch of vaudeville, as well as a life lesson or two.

After years and years of criticism, Taylor Swift proved she'd had enough. With constant media comment about her 'long list of ex-lovers', Swift decided she'd give her critics what they wanted: a full-blown T-Swift meltdown nightmare. With a number of gorgeous outfits, a stunning backdrop and a range of crazy girl antics, the video is fun and terrifying all at the same time.

The Taylor Swift Girl Squad is a largely documented phenomenon. The expansive group of famous friends have long taken social media by storm and proved that building other girls up, rather than tearing them down, is always the way. In her most star-studded video to date, Bad Blood featured a number of Swift's nearest and dearest. Gigi Hadid, Selena Gomez, Lena Dunham, Ellie Goulding, Cara Delevingne and Karlie Kloss (to name a few) had cameos.

collaboration. So when Everything Has Changed was released in 2013, fans embraced every aspect with open arms. The video depicts a mini Ed and mini Taylor adventuring through childhood, but also taking part in more adult activities like yoga and coffee-drinking.

Style was a verified hit from her 1989 album, so it is fitting that the video matches. Aesthetically pleasing and alive with superimposed imagery, the video is interesting and beautiful. This track is also rumoured to be about Harry Styles, hence the title.

8. You Belong With Me

Back to when Taylor Swift was still the sweet, slightly quirky but all-round adorable girl next door, You Belong With Me

was a defining moment of 2009. This video won the 2009 VMA for Best Female Video, during which the infamous on-stage Kanye moment happened. Aspects of the video have been re-imagined, re-purposed and parodied across social media, especially the cue card conversations with neighbour, Lucas Till, and Swift's self-decorated 'Junior Jewels' shirt.

Filmed in our own backyard, Out Of The Woods definitely had to make our list. Featuring shots of Bethells Beach and the mountains of Queenstown, the video is beautiful, even if very dark. Out Of The Woods is basically a mini-movie in which Swift finds herself despite the hurdles.

This video also encouraged a influx of online commentary, due to the array of symbolism and hints at former public feuds. The video includes a number of versions of Swift, including the snake queen, the paparazzi target, the diva, and the past media images of herself. The video was widely discussed and received 28 million views in the first night it was released, breaking previous records! The imagery is amusing and intimidating, but nonetheless is a look into the new era of Taylor Swift.

For ticketing details and information head to Ticketmaster. 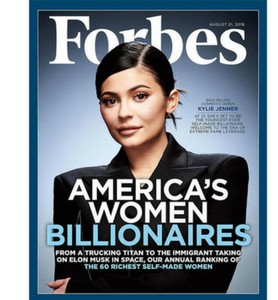