Hidden amongst the trees, and at mercy of the elements, Falls Festival is a hub of diverse vibes and good times. The festival is a four-day mecca of the alternative, for artists and festival-goers alike. In a proper display of Australian art and culture, Falls is the perfect place to be introduced to newer names in music, and catch some of the world's best musicians.

The festival spans across four Australian locations, hosts two main stages, and attracts major musicians from around the world. Watching the crowd embrace it all, react to artists and move along to their favourite songs, it was easy to see why the festival pulls such large crowds each year. The vibe was infectious – as one fed off the other and surged in pure elation that can only come from a festival surrounding (too much sun, alcohol and fun). 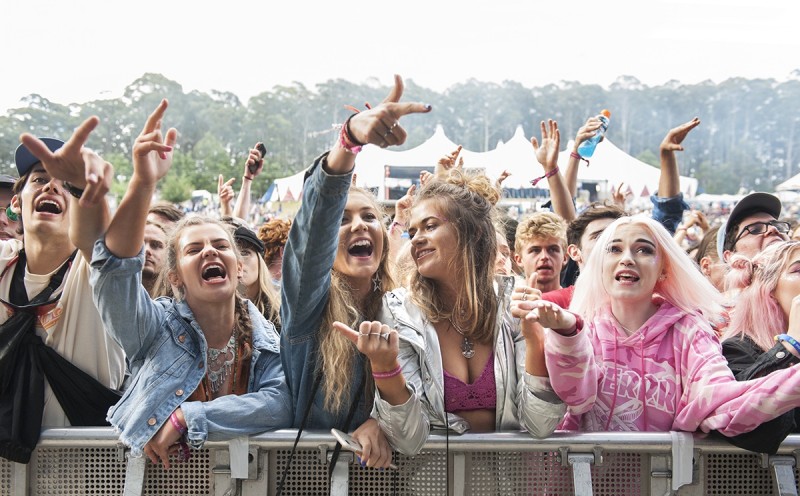 I went into Falls knowing exactly who I wanted to see live. However, driving away from Lorne and into the new year, there were a few acts that stood out to me more than the big names I expected. It was often the crowd’s inclusiveness and elation that made the experience, more than the performance itself. Falls Festival is more than a festival in the forest, its an experience – a sum of all its parts. And as the sun rose over the hill on the second day, it became clear that everyone was there for the same experience – to have fun, to listen and to bring in a better year than the last.

Lorne’s Valley Stage opened to festival-goers on the 29th with an almighty welcome. Ocean Alley, Julia Jacklin and the Dune Rats played through to the early evening, building up to the first proper night of music euphoria. Long time musos, Foster The People, prove time and time again their music will never go out of fashion. Playing their most loved songs, from Don’t Stop, Houdini and Coming Of Age, the band took the rainy afternoon into the even-rainier night. However, when the beginnings of Pumped Up Kicks were heard, a collective roar rang out. The hillside jumped with people and the festival had well and truly begun. Shortly after their Falls gig, Foster The People headed to Bay Dreams, where they were also met with the same reaction. 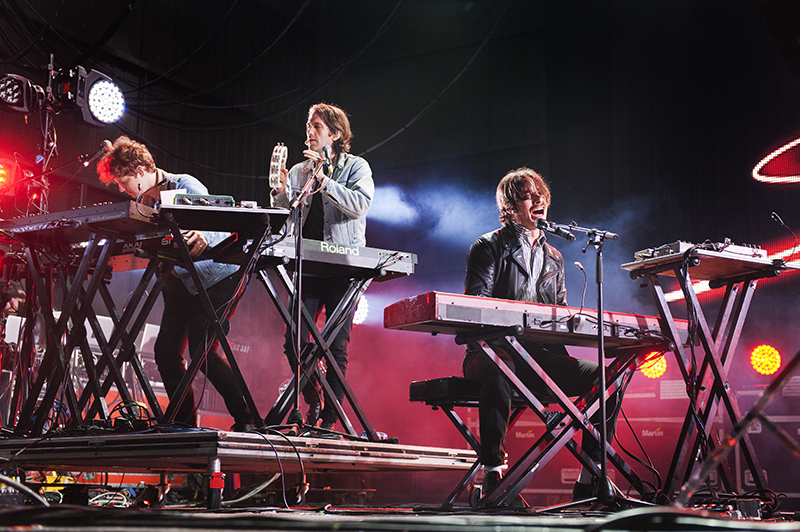 Foster The People, by Kirsty Umback

Flume followed with an extremely hyped-up set. Walking around the campgrounds during the day, Flume was the artist everyone was buzzing to see. No stranger to the festival scene, Flume has become an Australian gem and his return is always highly anticipated. After a small stumble on, Never Be Like You, he was away. With the crowd wrapped around his finger, he set the tone of the festival and the forest alight with colour. 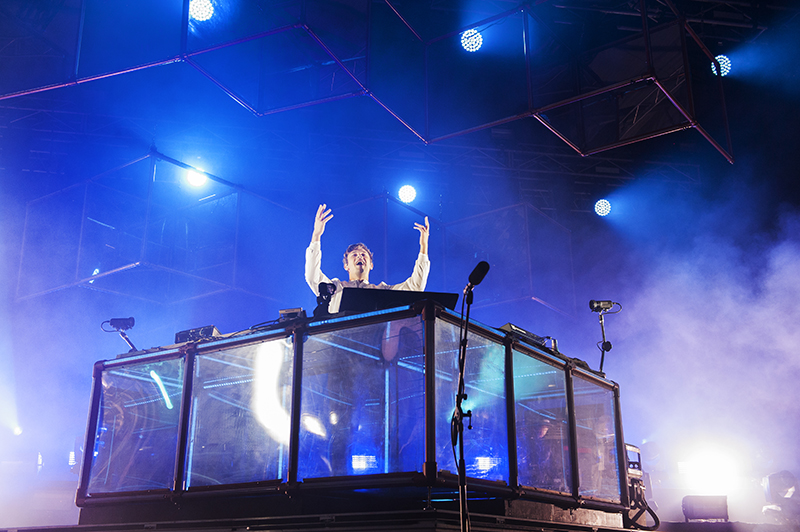 The 30th saw both stages open, and the sun show its head for a short time. Newer names took centre stage and made their mark. Despite the cold weather, festival goers came out in their glitter and glory to make the most of the day.

The day truly began with DRAM. His Australian debut was met with a large mass of devoted fans. Pausing between songs to tell intimate and hilarious stories, the crowd were held captive for his entire set. DRAM’s stint ended with him bouncing off the stage and into the pit, enveloped by people and only occasionally being spotted among the waves of fans 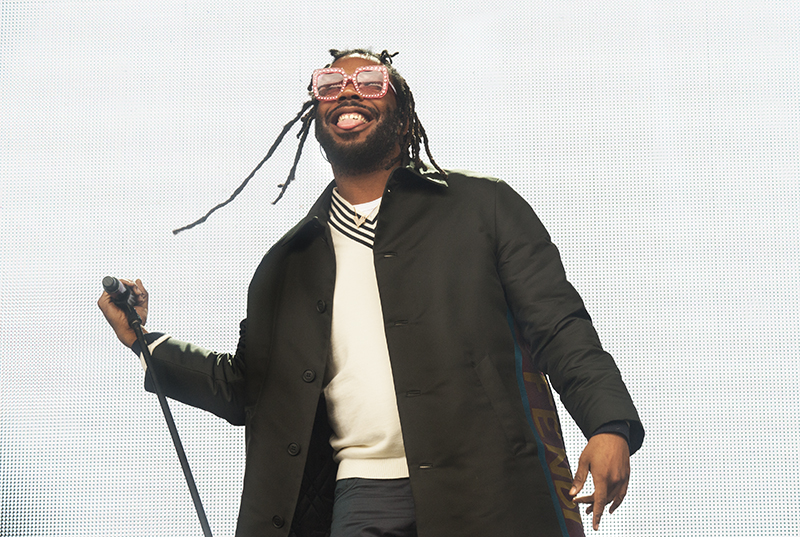 Jungle followed with a powerful set. They played their top hits and brought the Australian crowd a slice of their UK sound (and the weather). 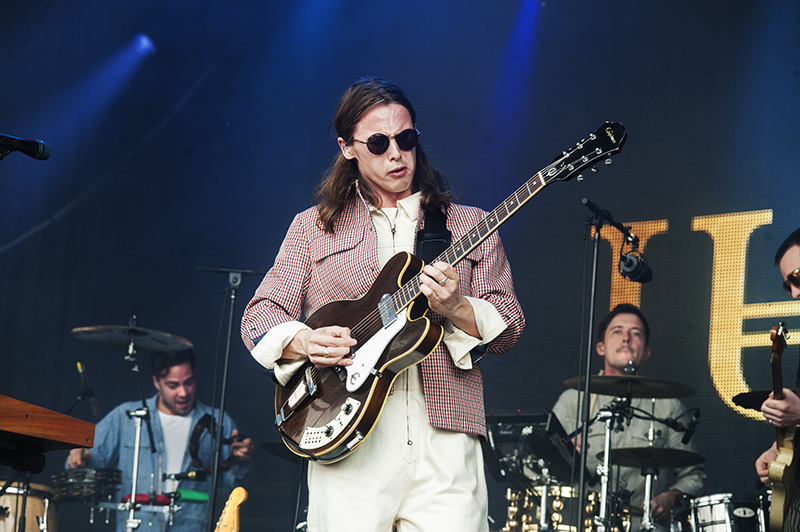 For foodie-fiends and those in need of a relax, the festival had the perfect places. The Village sat between the main stage area and the campground, and hosted an acoustic stage, a 10-minute dancing-in-the-dark party, karaoke, theatre and food. The space mulled with people throughout the four-day experience, giving punters a break from the noise and movement. Rancho Relaxo offered the hippy vibes. With multiple acoustic performances and comfy beanbags to sit and eat, the space during the day was a calm recluse.

The Grand Theatre hosted a number of ‘ones to watch’, making their name across the ditch and soon to be taking New Zealand by storm. Samsaruh, Slum Sociable, Camp Cope, Winston Surfshirt and Touch Sensitive, pulled their own respective crowds and surprised with their musical ability. 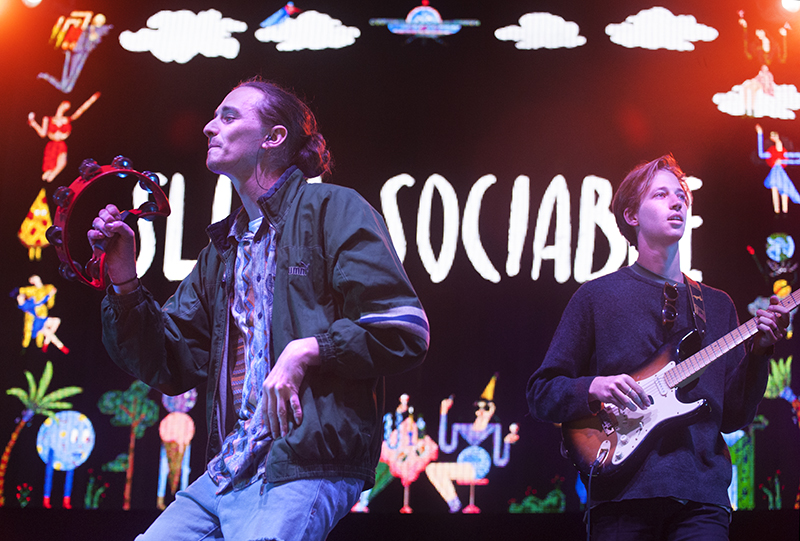 Liam Gallagher performed exactly how you’d expect Liam Gallagher to perform: in sunglasses, an oversized raincoat, and by yelling to at least one member of the crowd. Performing Oasis classics and a few of his own, he proved again that Wonderwall will forever get a group singing drunkenly along.

Peking Duk brought the 30th to its conclusion. For a DJ set, the two brought a life and energy to the stage, unlike other acts of the festival. Bringing SAFIA frontman, Ben Woolner, onstage for their hit Take Me Over, the crowd were unstoppable. Streaming confetti cannons across the grounds as the duo bounced the night away, Peking Duk were an undeniable highlight for many. If there’s anything you should do in 2018, it’s catch them live at Auckland City Limits. 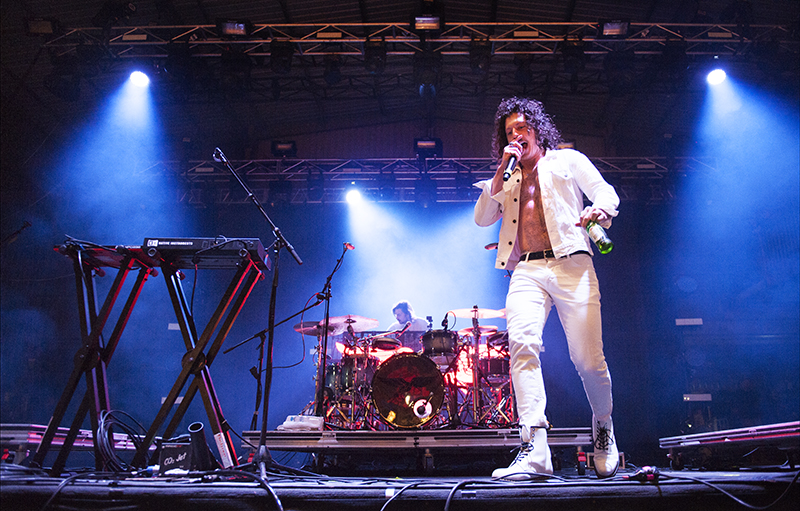 The 31st brought the hope of a shining new year, and the potential for a break in the rain. Australian favourites like rising punk star Ecca Vandal, Melbourne-native Alice Ivy and garage pop’s newest recruit, Alex Lahey played through the day.

Angus & Julia Stone were another great highlight for many. As festival aficionados they played both new and old material to a devoted crowd. Despite the recent release of their latest album, ‘Snow’, the brother-sister duo were met with a chorus of singing fans and a sea of swaying. 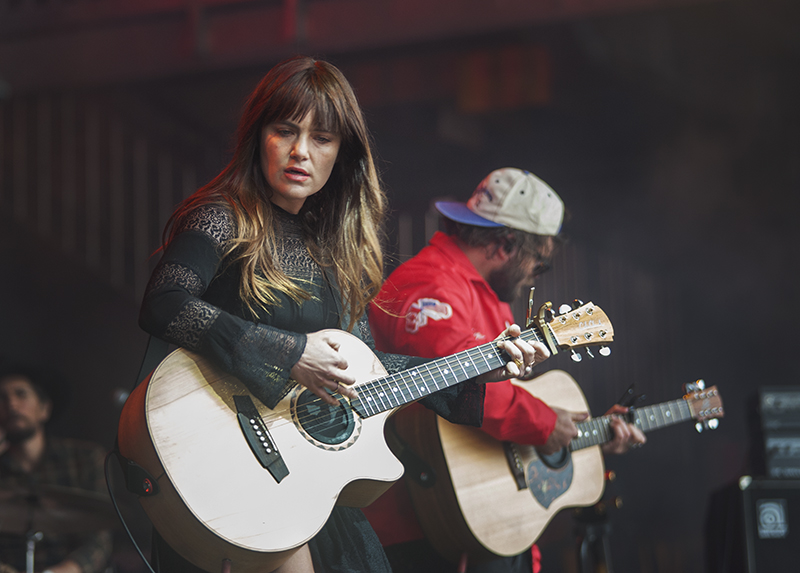 Before arriving in Australia for Falls, I hadn’t yet heard of The Smith Street Band or their insane hype. But I quickly learnt that they are ones to take note of. With an alternative sound and the ability to command an enormous audience, the crowd were buzzing off every track as the new year crept closer.

Glass Animals were by far the most enthusiastic of bands to perform at the Valley Stage. Vocalist, Dave Bayley, pounced around the stage with reckless abandon. The vibe was infectious, contagious and intense. Everyone was on each other’s shoulders, singing along to their biggest tracks like ‘Gooey’ and ‘Youth’.

The New Year was ushered in by New York natives, Run The Jewels. Bringing in the new year and kicking out the old with a bang. 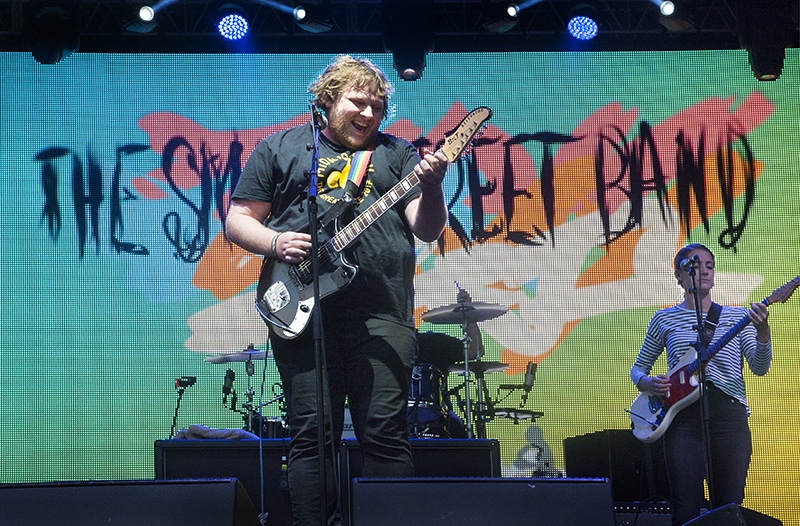 If you’re looking for something a bit different, The Falls Festival is a hop across the ditch definitely worth doing. The festival takes place in Marion Bay, Byron Bay, Freemantle and Lorne, across the entire new year period. For the culture-seeker, music-lover, vibe-chaser and laugh-lover, Falls is ideal. So grab the glitter and your passport.

For more information, head over to their site.

Taylor Swift on her cats, boyfriend and cheeseburg...

Lena Dunham announces there will be a Girls movie 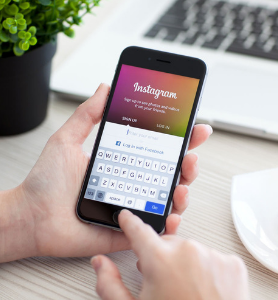