The New Zealand Dance Company are gearing up for their upcoming nationwide tour, Kiss The Sky. NZDC are scheduled to perform this brand new production at four centres across Aotearoa. Established in 2011, the Auckland-based, contemporary dance company seeks to break the "dance company paradigm" of operating on a project-by-project basis, presenting work by one choreographer. Instead, the dancers use a sustainable model of presenting a variety of choreographic works. 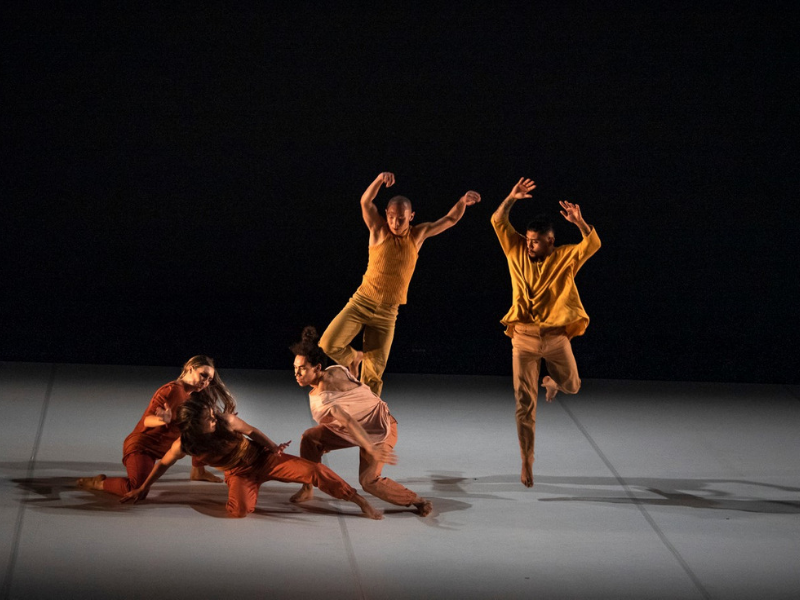 The impending Kiss The Sky production will be composed of three stunning works. The Fibonacci, by New Zealand’s own Victoria Columbus, will explore the hidden patterns that weave together our world in harmony. Sigan, by Korea’s Kim Jae Duk, was originally commissioned by NZDC back in 2017. This work will draw on the binary theme of attack and meditation. The work also features a dynamic score of traditional Korean instruments in a contemporary composition. If Never Was Now, created by Australian powerhouse Stephanie Lake, is the last work to feature in the Kiss The Sky lineup.

The company currently works with eight of New Zealand's most talented dancers, including Carl Tolentino and his fiancée, Chrissy Kokiri. Here is a fun Q&A with Carl to give you a little more insight into the people behind NZDC: 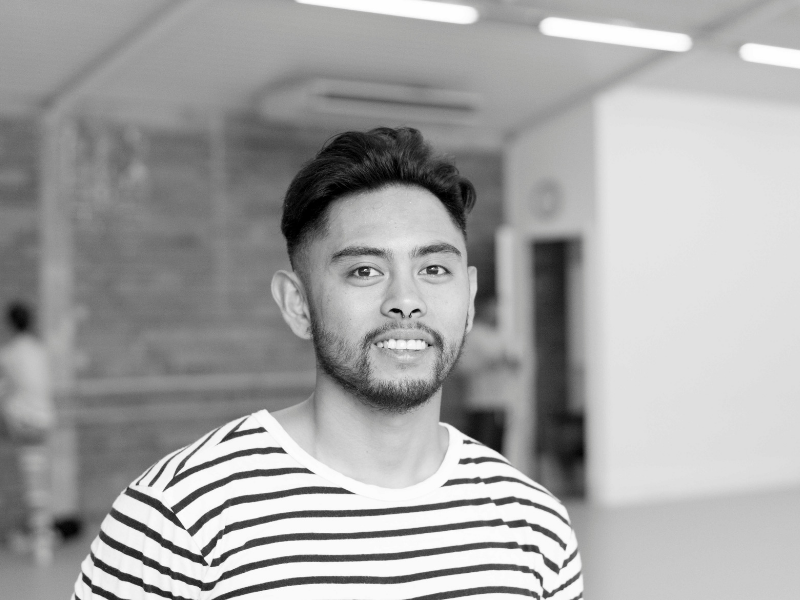 Large family. Oldest of 8, 1 sister, 1 half sister, 3 half brothers and 2 step brothers.

Which child are you (i.e.; first/middle)?

Are any of your family members well-known for anything?

No, other than my mother and sister for being the strongest women I know in my life.

When I was 10 I told my other siblings Santa wasn’t real. The irony was that I was riding a bicycle given to me from the previous Xmas, gifted to me from Santa. As a punishment all my Xmas gifts were taken away from me and I was grounded.

What’s the best thing about living in your neighbourhood?

Inner city, close to great food, friends, the harbour for fishing, West for the beach and far South East to get to Tauranga.

New discoveries in your hood?

Great dumplings around the corner. Great French bakery & Mexican markets. We moved there for the food, obviously.

What’s the best thing about living in New Zealand?

The Maori Culture, where I am learning the culture and language with Te Wananga Aotearoa. New Zealand is small enough that in driving 30 minutes you can take yourself away from the city and be in a beautiful beach or forest.

Favourite weekend or day off activity?

What is your favourite season and why?

Summer, because I love beach/ocean culture/activities.

Favourite city in the world?

Amsterdam or Berlin is an equal tie.

City or place you wish to travel to?

What or who was the reason you began dancing?

Elizabeth McGirr, who owned the dance school my sister started dancing at. I started because Miss McGirr asked me if I was interested in starting ballet and after a single private lesson at the age of eleven, I began.

Did you ever imagine you would have a career as a dancer?

No, but when I was about to begin my final two years of high school, I wanted/was convinced that I could dance for a career.

Highlights of the last few years are touring many different parts of the world and proposing to the woman I love on stage. It felt appropriate to do it there instead of other beautiful locations in Europe because Chrissy and I have shared the stage together for the last 5 years and no place means more to us than the theatre.

Challenges and highlights of being on tour?

Being on the road performing the same work over and over again could be seen as being repetitive, but each show has a life of its own and is important to approach each show as if it the first time.

Is there a choreographer or company you dream of working with?

NZ choreographers who I would like to work with (again) are Ross McCormack or Sarah Foster-Sproull. I would also like to work with Sidi Larbi Cherkaoui – Eastman, Alain Platel – Les Ballets C De La B or Peeping Tom.

If you are an admirer of dance and love to support local companies, head on to one of the upcoming performances of Kiss The Sky at a venue near you.

We can hear the bells for Pippa Middleton

Mrs Grey Will See You Now!