Former Remix cover girl, author, fashion designer and founder of the global Kylie Cosmetics, Kylie Jenner has been steadily building her empire and is showing no signs of slowing down.

The beauty entrepreneur has already had a massive year - releasing a sunglasses collection with Quay, collaborating on her fashion line with sister Kendall, unveiled a Madame Tussauds wax figure in her honour and has debuted her very own reality show, Life of Kylie.

1. She’s been on TV for 10 years
Yes, you read that right - little Kylie first appeared on our TV screens as a ten-year-old in the first season of Keeping Up With The Kardashians and now her TV takeover continues with her own show, Life of Kylie premiering on E! last month. The show’s debut season follow’s Kylie and her bestie Jordyn Woods as they experience Kylie’s first prom, choosing the perfect outfit for the Met Gala and finding fake Kylie Cosmetic sellers.

2. She’s built an empire
It’s no secret that Kylie’s lip kits are hot property in the beauty world. Kylie Cosmetics was born out of her love for lipstick (and not being able to leave the house without it!) and with her fans always asking what she was wearing, she decided to make her own. Kylie’s not slowing down anytime soon, mentioning to E! that she’s currently working on a new collab and her upcoming Holiday collections.

3. She's super close with her sisters
While she shares books and fashion lines with Kendall, Kylie revealed to Buzzfeed that she goes to ‘different sisters for different problems’ and that she’s been relating to Kim a lot recently. It’s evident that the female-dominated family is very close to each other. Kim sung Kylie’s praises to E! News, saying: “when I did that lip kit collab with her, I had no idea how hard it is to do all the things she does!”

4. She’d be a make-up artist
It comes as little surprise that Kylie wanted to be a make-up artist as she continuously shares her love for all things beauty. She’s announced that she loves doing her friends’ makeup and told E! News that she’s going to start a Kylie Cosmetics YouTube channel so that she can do more tutorials. “I feel like I already spread myself so thin, I’m just trying to put more focus on my cosmetics which is my true passion and what I love to do.”

5. She has the best friendship with Jordyn
After watching even one episode of Life of Kylie, you’ll notice how close Kylie and her bestie Jordyn are. During press interviews for the show, they found themselves answering each others sentences, leading Kylie to admit, “if someone saw our text messages, our reputations would be ruined - the things we talk about are so crazy, so out of pocket.” Jordyn laughed and said, “We’re so corny it makes me sick!” 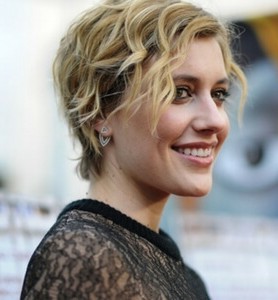 Meet the fifth female director to earn an Oscar no…