The CFDA (Council of Fashion Designers America) Awards have been and gone for another year. This year Beyoncé took out one of the events highest honours, the Fashion Icon Award. The award, presented to her by Diane Von Furstenberg, hardly comes as a surprise; the singer has been hailed as a fashionista since she burst onto the scene as part of Destiny's Child in the late 1990s.

The pop star donned an embellished and pinstriped Givenchy suit, accessorised with a black wide-brim hat. Upon receiving the award, she gushed, 'I feel so much love right now.' She continued by acknowledging her grandmother, 'Most of you guys don't know this, but my grandmother was a seamstress. My grandparents did not have enough money, they could not afford my mother's Catholic school tuition. So my grandmother sewed clothes for the priests and the nuns and made the uniform for the students in exchange for my mother's education,' she explained.

Bey went on to thank her mother, who made her and her Destiny's Child bandmates' clothes in the band's early days. 'When we were starting out in Destiny's Child, high-end labels, they didn't really want to dress four black country curvy girls and we couldn't afford designer dresses and couture. My mother was rejected from every showroom in New York. But like my grandmother, she used her talent and her creativity to give her children their dreams.'

Check out all of the other awards and winners below:

The Founder’s Award in Honor of Eleanor Lambert
Donna Karan

The Board of Directors’ Special Tribute Award
David Bowie

The Media Award in Honor of Eugenia Sheppard
Imran Amed, editor in chief of The Business of Fashion

Seven ways to jazz up your workwear wardobe 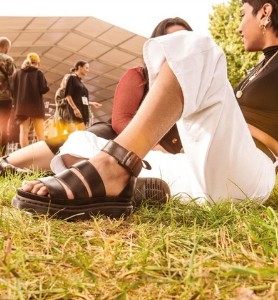