Model, diversity spokesperson, and now Bendon Lingerie ambassador, Jess Quinn continues to prove there are no limits to her potential. Remix Ed Amber Baker caught up with the positive powerhouse to celebrate self-acceptance and discuss why shaking up the modelling industry is exactly what the world needs. 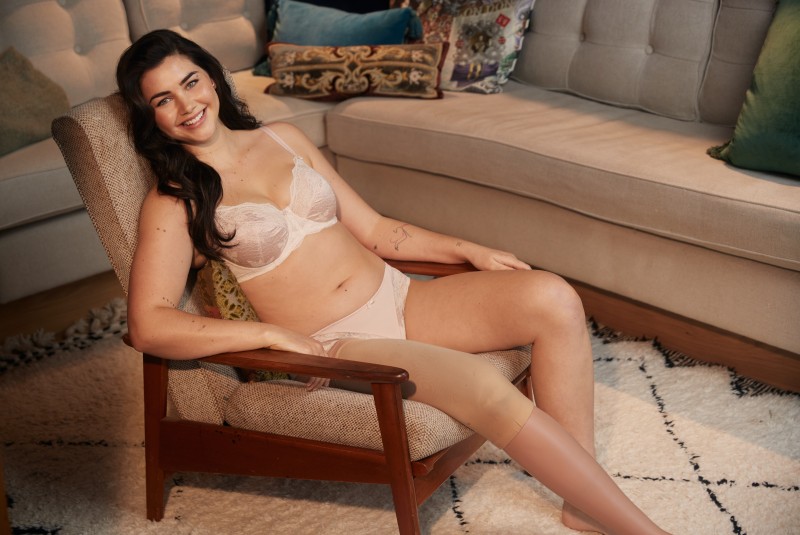 Jess, you’re an icon for diversity and self-acceptance, when did you learn to love yourself? Was there a significant moment?

At the time I didn’t see it as overly significant but now I see that it was. I definitely struggled with body image for a while when I was a teenager. I was about 17 and up until that point I pretty much hadn’t worn shorts or anything shorter than my knees since I had my leg amputated. So it had been about eight years of wearing long pants in summer, just trying to cover everything up. But it was a summer’s day and I was out with some friends by the pool and they were like, ‘Just borrow some shorts, it’s so hot’. They did it in such a casual way and I thought ‘why not!’. I put them on and it was the most liberating feeling in the world. I haven’t really looked back since then. I realised that I was holding myself back, and people still stare at me in the street, but I know now it’s not malicious. I think I reached a level of maturity and went through the process that I needed to go through to become more comfortable in my own skin.

You’ve gone on to do amazing things since then, shaking up the modelling industry in a really good way. Tell us a little bit about your experiences with that so far?

Modelling was definitely something I fell into. It’s quite funny looking back on how insecure I was as a young kid. I’ve just been opened up to a world that I didn’t even really know affected me. I just knew that I was so different so I hadn’t really been conscious of how much the industry paints perfection in a really narrow-minded way. I think the more I got into it, the more I realised how much about the industry needed to change, and how much people appreciate it to see someone like myself out there.

I initially thought I’d only speak to people with missing limbs but I realised that I could speak to anyone who felt different because simply seeing someone else that wasn’t mainstream made them feel more represented. I loved that process of it and just being able to work these brands on their journey to shaking things up a bit and bringing some more real bodies and ‘normality’ into it. Something I say all the time is ‘the one thing we have in common as humans is that we’re all different’ and I think by representing that in the media, in fashion and in advertising, we can speak to everyone. 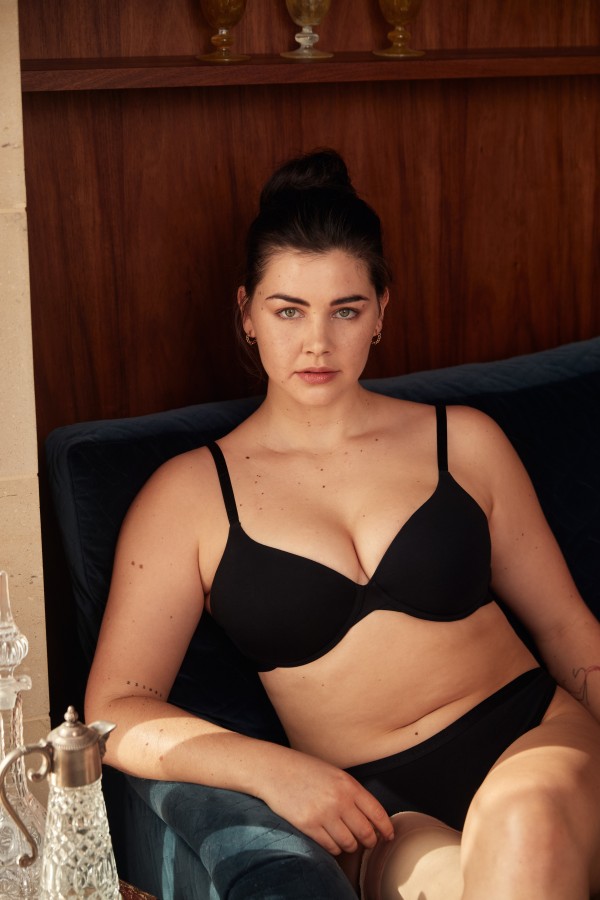 I love that… how ‘normality’ is actually about celebrating the differences, because we are all so different.

So different! I’m also mindful of not putting other people down for being the widely accepted look either. Just because someone does look a certain way and the images have been used commonly, doesn’t make the image wrong. It’s just about some people maybe taking a step back, like in so many industries, and giving the spotlight to people that haven’t been represented in the past, or including as many people as we can. I think with young people growing up, it’s hard to feel like you can be or do anything if you don’t see yourself doing anything in the media or on TV.

What makes you feel confident and empowered?

I think for me it’s just when I allow myself to just be me. You know, subconsciously we’re all trying to be something, trying to fit into some kind of mould in some kind of way. I guess it’s those times when I’m just trying to be me in my rawest state - that’s when I feel empowered. You’re not trying to fight any kind of ideals, just kind of being okay as you are. I try to put a lot of focus on body positivity, because as a statement it’s quite bold. I think that it’s not about being positive in your body, it’s about being in your body and not focusing on what your body looks like. I think that’s what helped me be empowered. This morning I was able to get up and do pilates, and that was really cool as opposed to getting up and looking a certain way, you know, it was the fact that I could move my body. Focusing on those factors is really important.

Congratulations on becoming an ambassador for Bendon lingerie! how did it feel when that first happened?

I must admit my life over the last three years has been quite wild, and I would never have predicted any of it, so each time something like this comes along it’s very surreal. It takes me a moment. Becoming an ambassador for Bendon is so important to me. I always try to make sure I know the brand inside and out before I agree to signing onto a brand because I think there’s a lot more to a brand than what they’re saying they’re going to do in their marketing. You know, you wanna make sure that as a team they’re actually living and breathing the messages that they show. I believe Bendon as a brand are trying to change beauty ideals and not just say they are, which is why I love working with them 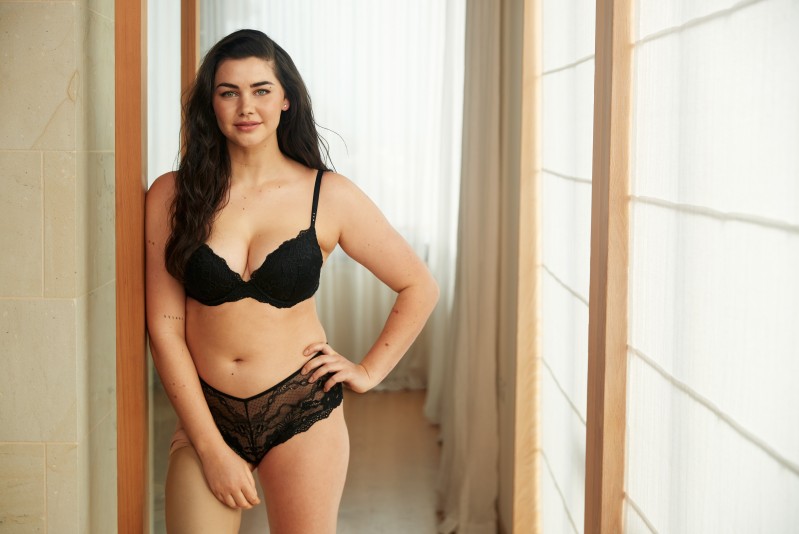 How does underwear play a role in making you feel confident?

I think it kind of relates to being stripped down to being you. When you’re in your underwear, it’s like you’re not hiding anything and you’re exactly you. I remember when I first got my blade, which is my running prosthetic, and it looked nothing like a leg. I was really new to the confidence journey, and I was quite nervous because I knew it was like walking around with a big statement of ‘I have no leg’. It’s very obvious and you can’t pretend it looks like a leg whereas with a lot of my prosthetics you can’t tell. But it was actually the most liberating feeling because I wasn’t hiding behind anything anymore, and I feel like clothes are kind of the same. You can be the comfortable version of you in your undies, or you can be that sexy version of you - whatever you want to be.

What are your hopes for the future of diversity within our country?

I just hope that everyone is able to be represented in some sort of way, and that people don’t get turned away from jobs because of how they look or their differences. I want everyone to see that the one thing we have in common is that we’re all different. If the fashion industry and the media and advertising worlds can represent as many people as possible, then the next generation will grow up feeling that how they look and feel is more than okay. We have to do the work now and educate the youth in the right way. What’s really exciting is how these changes are already underway. I mean, look at where I am. 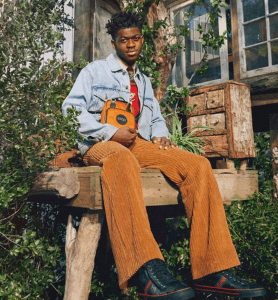 Gucci goes Off The Grid with new sustainable colle... 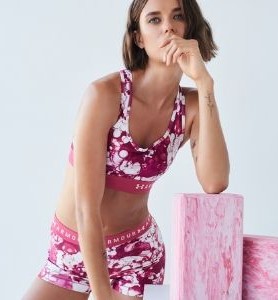