22-year-old Kenyan stunner Yaya Déng is a role model in more ways than one.

Yaya began her career as a model after winning a competition for Cosmopolitan when she was 14. Since then, she has modeled for the likes of Zac Posen, Oscar de la Renta and Alice McCall. This was largely thanks to her exposure on the reality television modelling show, The Face Australia – Déng was the runner-up in 2014. More recently though, Déng has rediscovered her love of acting, the seeds of which she says were planted in high school drama class. This year she starred alongside Gerard Butler and Geoffrey Rush in Gods of Egypt. ‘It’s definitely something I want to pursue,’ Déng told Vogue. ‘Acting gives me a lot of confidence and pushes me to be more out there and less shy.’

Confidence has certainly been a talking point for Déng. In the new Westfield campaign Own Your Story Déng wrote a letter to her 9-year- old self, the same year she first moved from Nairobi, Kenya to Sydney, Australia. ‘Right now you stand out,’ she wrote. ‘This makes you feel insecure. You’re always the tallest in your year group, you came from a completely different background and you’re still trying to find where to fit in.’

Déng later told Sydney Morning Herald that she was bullied at school because of her body shape. ‘[People would say] things like how thin I was and people saying like, ‘gosh, she’s so skinny’. When it is constantly repeated, you are like, ‘well, can you please stop saying that?’ Like, some people would sort of look at you like you are unhealthy and it’s very hard to explain. It sucks, because people go through insecurities, and no one can really change their metabolism.’

Thanks to the likes of Kim Kardashian and Ashley Graham, we have learnt to embrace curves. However, it should not be forgotten that there are women like Deng, who naturally err on the lighter side of the spectrum. Deng champions embracing your natural body shape. As Déng told Sydney Morning Herald, ‘Just because somebody is so small it doesn’t mean they starve themselves per se. Just because someone is bigger it doesn’t mean that they eat a lot, it’s just who they are.’

While there is a large problem with extreme dieting and under-eating in the modelling industry, this does not mean that every model is like this. When will we become more accepting of any body shape – whether it be curvy, skinny, or somewhere in between? Despite being criticised for being too skinny, Déng has come to terms with her own body shape and is now encouraging other young women to do the same.

‘It’s really just knowing your strengths and weaknesses,’ she told Vogue, ‘and being confident and embracing those, because at the end of the day it’s you that makes you happy, happiness starts with you. I think there’s nothing more important than being happy with yourself.’ We couldn’t agree more. 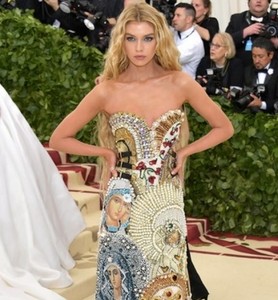 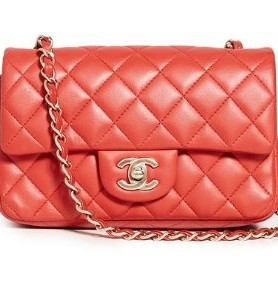 Eight iconic handbags for every season