Though we haven't quite hit July, New Years plans are in full swing for many and if you haven't started thinking about what you want to do to welcome in 2017, you may already be behind.

New Zealand is undeniably the most beautiful country spend New Year's (we might be biased) but there are a slew of other wonderful locations well suited to the celebration.

From parties in the street to private hotel events, there is something out there for everyone. Read on for some inspiration on how you can bring in the New Year!

Valparaíso, Chile
Not only is it the biggest New Year's Eve show in Latin America, but it also takes place in one of the most incredible places in the world - the Valparaiso harbour. A huge 20-minute fireworks show lights up the Chilean sky and is accompanied by a dance party which doesn't end until the sun comes up. From the 28th until the 31st, the city welcomes more than a million people who have made the trip for the most epic beach party imaginable.

The Napa and Sonoma Valleys
For a more laid back holiday experience, try the northern California wine country. While it is the slow season, it makes for a far more relaxed environment. On New Year's Eve, many of the larger hotels and wineries offer their own parties in cellars and wine caves. The Napa Valley Wine Train itself hosts a Blackjack Ball in its Pullman cars as it makes its way through the valleys. For an even more low key experience, try a luxury inn for a private toast by the fire.

Edinburgh
Not a lot of cities will celebrate New Year's with as much enthusiasm as Edinburgh does. The 'Hogmanay' celebration lasts for four whole days and includes a torchlit parade through the city, as well and concerts and a huge street party of Princes Street (one of the cities main streets). The Scots also practice a tradition known as 'first-footing' which means the first guest of the New Year should bring gifts, such as whisky or Scottish shortbread.

Sydney
As one of the first major cities in the world to welcome in the New Year, it hosts one of the biggest parties. More than a million people attend the show with over a billion watching the televised event around the world. Sydney's celebration lasts all day and is catered to the whole family, with air and water shows featuring amazing aerial acrobatics and a fire tug water display. They event have two firework shows, one a 9pm and the big one again at midnight.

Hong Kong
The celebration in Hong Kong features one of the biggest pyrotechnic shows in the world, it is a huge extravaganza of light and sound in an eight-minute show over the Victoria Harbour and a replica Times Square countdown that has a ball dropping at midnight. A Symphony of Lights display illuminates over 40 buildings in the Hong Kong skyline and if you are inclined, hop on a boat into the harbour to get the best views of the incredible show.

Hawaii
If you want a lot to choose from then New Years in Maui will offer an option for any taste. From a lively hotel party to a romantic dinner for two on the beach, there really is something for everyone. Fireworks can be observed from a catamaran cruise or perhaps a traditional Hawaiian luau is the best bet. The real show for many who visit Hawaii begins the next morning for those who rise early and climb up to the summit of Haleakala to witness one of the best sunrises in the world.

Paris
What could be more romantic than watching a fireworks display at the iconic Eiffel tower, or taking one of the New Year's Eve boat cruises along the Seine to avoid the crowds and have a bit more privacy. The City of Love truly comes alive with thousands of people celebrating in the streets, drinking champagne and dancing their troubles away.

New York
What New Years Eve city list would be complete without New York? For more than a century, a massive ball that glitters has been lowered into Time Square. At 11.59pm on the last day of the year, the huge sphere begins its 70-foot drop before confetti is released into the sky at what could be one of the biggest parties on the planet. More than a million people arrive for the world famous event that features huge musical acts. 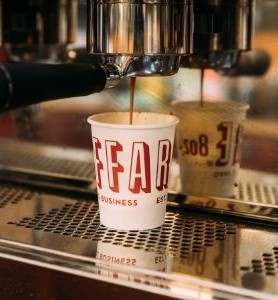 Capsules for the coffee lovers 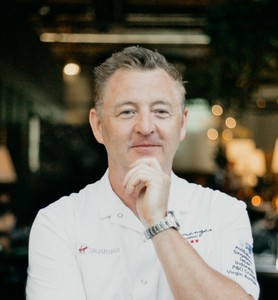 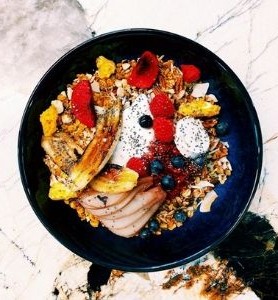 Love muesli? You're not going to want to miss this... 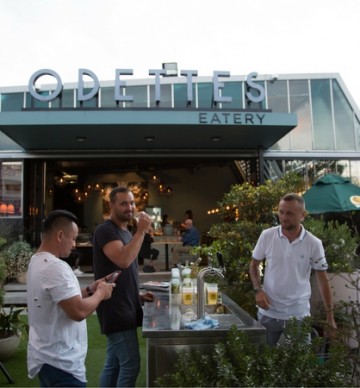 Inside our Somersby Sundowner event at Odettes!