In our third #soulsundaysessions we caught up with Hamish Pinkham, founder and director of Rhythm And Vines, to talk about this year’s festival, the acts on their way down under and his most memorable story from the last 13 years. As part of the new Remix #soulsundaysessions, we’ve been inviting some of our friends and contributors down to our favourite Sunday spot, Soul Bar & Bistro, to have a late lunch and a chat about what they’re up to. And, we’ve been sharing the mouth-watering dishes we’ve tried over our lunches as well! 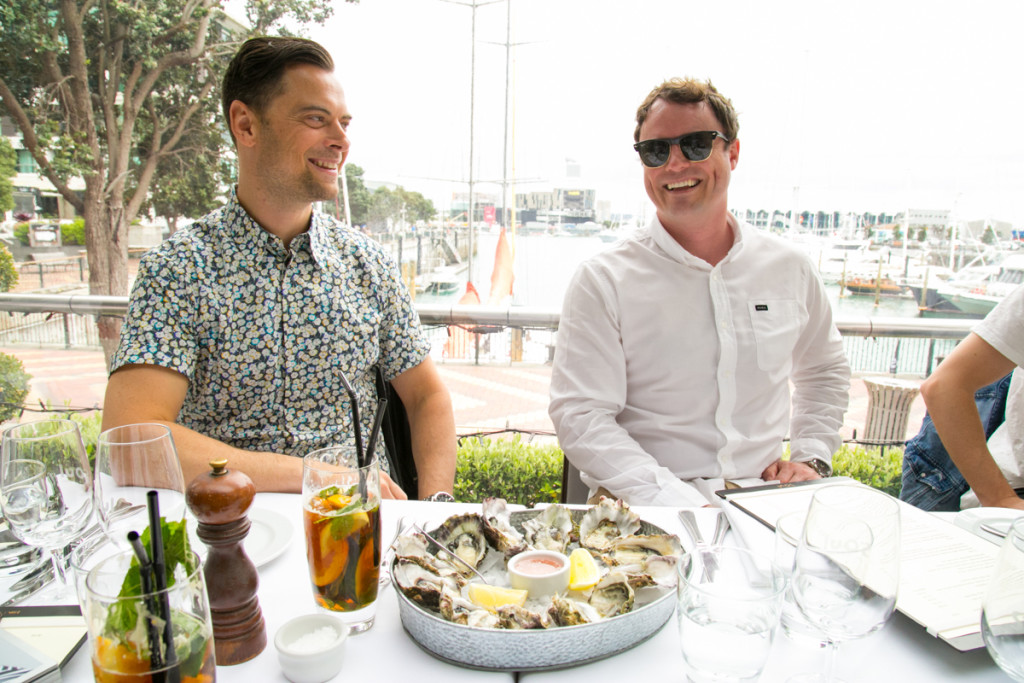 What makes Rhythm & Vines so special? Well, we think it’s pretty unique. One of the biggest draw cards is the venue. It’s set in the rolling hills of Waiohika in the picturesque vineyard. I guess, Gisborne, as a destination as well, with the sunshine and the beaches, is world class. All the punters and artists comment on how magnificent the venue is, so I think that’s something that sets us apart. Also the fact that it’s New Year’s Eve and we’re the first place in the world to bring in the new year gives the festival a real sense of occasion and that’s something I haven’t really felt at other festivals. Who are some of the big name artists and how hard was it to get them this year? We’ve really tried to focus on what the market want and what we think works well for the festival and predominantly that’s been drum and bass music and hip hop. We’ve got some of the leading guys in drum and bass like Nero, Subfocus, Pendulum this year. We’ve got the reputation and the relationships to attract that kind of talent. We’ve also got leading trap artist RL Grime who had heard a lot about the festival as well. And then on the hip hop front we’ve got Mac Miller and Yung Lean - two really respected MC rappers in their own right. 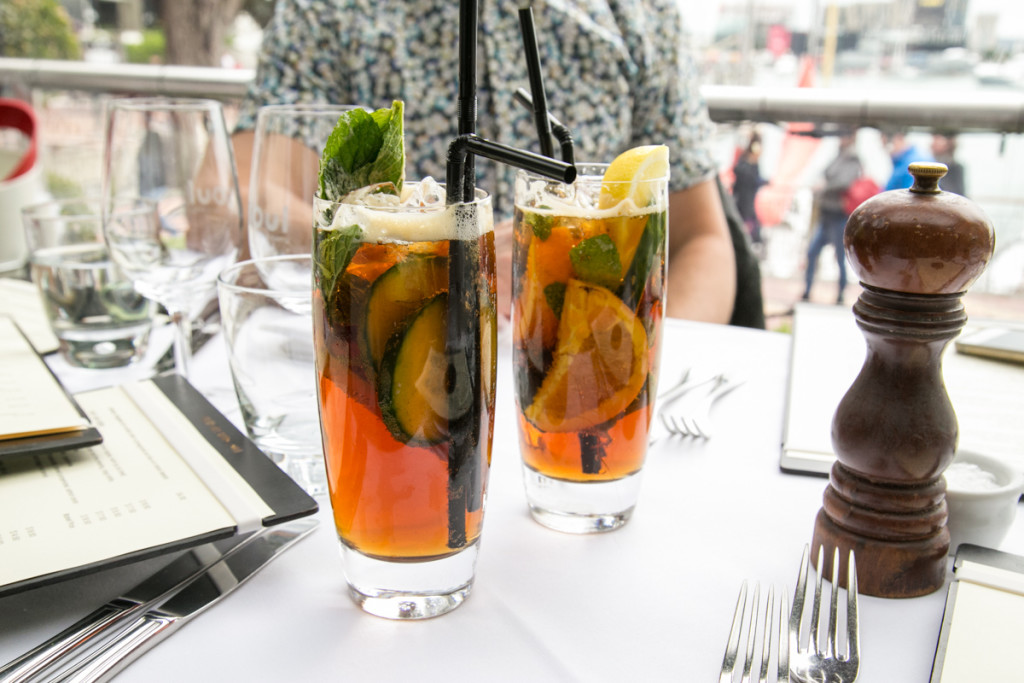 Do festivals have a lifespan? You guys have been going for 15 years nearly. Yeah, definitely! I think it’s just about keeping fresh and keeping relevant. If you look at something like Glastonbury, it’s been going for 45 odd years, so if you keep it at the forefront, changing and adapting, and listening to your market, you can stay in the game. I think we’ve done bloody well to be here 13 years later. It’s just about being original. But definitely we’ve had some tough years and had competition come to our space, trends have changed, we’ve had different alcohol policies change on us, so it’s just about keeping fresh and keeping relevant. Yeah, you’ve managed to get lots of different market segments. Like you have different camp areas, different types of people, and you have VIP areas and all that as well. Yeah, it’s just working out what your core market is. Our recipe hasn’t changed too much, it’s a festival for young Kiwis that want to celebrate the New Year. They want a big experience and an adventure over that time and you know there’s going to be a captive market over those kids every year that want to get in their car with their mates and have some fun. We capture that audience. If you could pick another job what would it be? If you started it all again? I’m really passionate about my music, but I think that’s more of a hobby. I love creative industries though, like I love hospitality. I love having creative visions and then trying to make them work so something like a hospitality space, maybe a restaurant. I’ve always liked movies as well so maybe trying to come up with a movie concept and trying to get that off the ground. I’ve never been much of an actor, I like the idea of kind of coming up with an idea and trying to make it happen, a producer really. The talent side of things I don’t know, I like more behind the scenes. I’d rather be pulling the strings in the background. It’s more that I like that creative entrepreneurship. 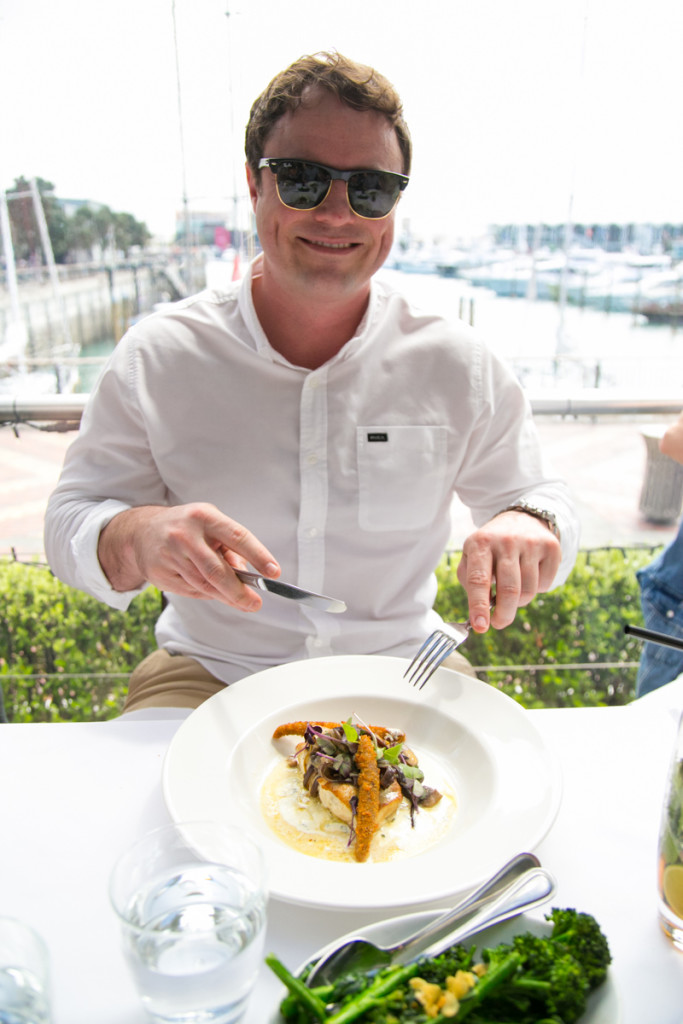 You also love being overseas, why is that? Just ambition, I think. I love New Zealand, but it’s limited in some aspects and you’ve got to get out. Life is about meeting new people and coming across ideas and attending some of the world’s best events or restaurants or whatever and you’ve only got a small selection of things in New Zealand, so I think it’s important to get out and travel, network, and bottle that up and bring that home. How is the band? It’s kind of the music that I grew up playing on the guitar, that early Kings of Leon, The Strokes, White Stripes, the stuff I really enjoy. The genre may be a little bit out of date at the moment, but I think rock ‘n’ roll will come again. Again, it’s just been fun as a creative pursuit - get ideas out of your head, get them down, have some fun with a couple of good friends and perform live. It’s all part of being a musician I guess. You always play the last set at Rhythm & Vines, right? Well we’ve had a few DJ sets at the end when the sun’s coming up. But most of the DJs, and, we’re finding it this year, all want to play in the lead up to New Year’s. No one really wants to play after midnight, which is interesting, so it’s just come about by no one wanting to work late that we play. It’s funny how at Rhythm & Vines, after you’ve done the big New Year’s celebration, everyone kind of just goes back to their tents and stuff. Well not everyone, but yeah. I guess we’ve just catered for like all the staff that are still there at the end as well as friends. It’s always been a bit of an ease up as the sun’s coming up. So tell us the craziest Rhythm story that you’ve never told anyone else? There was one I was thinking about the other day actually. I don’t know how ‘crazy’ it is, but it was just quite a funny situation. Flava Flav was bailing me up outside the marae as these local kids did the haka to Public Enemy and Flava Flav was like “I want those kids on stage with me during our set!” And I was thinking to myself - well we’re R18, we don’t really have kids at the festival, I’ve got a million and one things to do, so I don’t really want to be chaperoning these kids. And Flava Flav’s last instruction was just like “Make it happen!”, so there I was at like ten to 8, or whenever they were playing, at the gate trying to find these kids and their parents and get them passes to try get them on stage and kind of running through the vines like a Pied Piper with like four or five little local kids running up to the stage. They ended up krumping and breakdancing during the Public Enemy set and it was something really memorable and special. Not too crazy but definitely a memorable story. 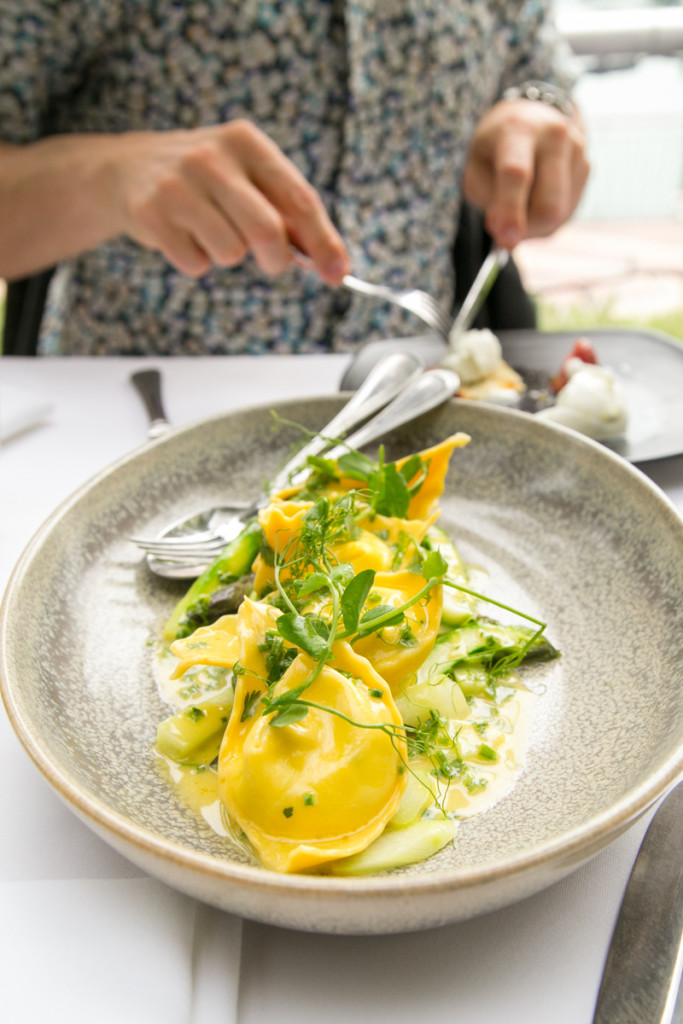 Above: Hamish and Tim also shared the Ricotta and Meyer lemon tortellini, new season asparagus, lemon and chervil butter. Mouthwateringly delicious! Tell us about the next season of The Bachelor? Can’t talk about it right now, still going through negotiations. I don’t want to air my dirty laundry on New Zealand television. Do you cook? Yeah, I really like cooking. It’s one of my passions and pursuits. What’s the best dish you’ve just had? The tortellini’s great, I’m a big fan of pasta! I eat it even though it’s probably not that good for you. I just love that Italian way of eating. I’ve actually never been to Italy, but I can’t wait to get there and eat any sort of that pasta and all the antipastos. I’m looking forward to just heading over there one day and having a food binge. What does Soul Bar mean to you? Soul Bar reminds me of my first experiences with Auckland. When I was young and leaving university and coming up here around the America’s Cup time. Stay tuned for our #soulsundaysessions next week, which will be with Gracie Taylor from George FM. Anything you want us to ask? Comment below! If you want to head down to Soul for your own Sunday session (which we strongly advise), then visit Soul Bar & Bistro online here for booking details. Also remember to ‘Like’ them on Facebook here and Instagram here for their latest menu offerings and news. 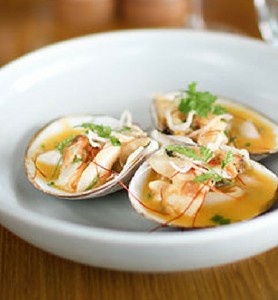