Trading paint brushes for spray cans and canvases for backstreet alleys and the sides of buildings, the street art revolution is no longer one formerly reserved for graffitists and rebels.

Easily the most recognisable in the booming street art scene is UK-based Banksy. His ongoing anonymity and creative iteration on bold political statements have seen his name continue to reign supreme in this back-block world.

Banksy is just one of the many internationally acclaimed street artists exhibiting at Paradox: Tauranga Street Art Festival from March 28th to June 15th.

True to its name, Paradox will be bringing the street inside in a ground-breaking exhibition featuring the bespoke art work of seven internationally acclaimed artists. Turning the city into an outdoor gallery, the series of works created during the festival will grace Tauranga’s walls for years to come.

Presented by Tauranga City Council in partnership with street art specialists Oi YOU! and the Tauranga Art Gallery, the festival marks the first time the Oi YOU! Collection, which includes 22 works by Banksy, is being exhibited in the North Island

With more than 20 years’ experience in the graphic design, illustration and photography industries, Auckland-based Askew One is internationally recognised for his unique approach to graffiti art.

Sydney-based muralist Fintan Magee broke onto the street art scene at the young age of 13, and is best known for his large-scale paintings that inhabit the isolated, abandoned and broken corners of a city.

Best known for his haunting, stylised images of women’s faces, Rone’s work is found as often in galleries as it is on the streets, with the street artist having been commissioned by the National Gallery of Victoria, and shown in galleries in London, San Francisco, Berlin and New York.

With his viral video ‘Limitless’ boasting more than 11 million views, Sofles is fast becoming one of the world’s most widely known and respected street artists.

Power duo Charles and Janine are an integral part of the arts scene in New Zealand. Charles formed the TMD crew, a globally acclaimed collective of creatives from all corners of the globe more than 20 years, while Janine is one of NZ’s first female urban artists to develop community art activations and projects with a solid focus on youth interaction and life intervention concepts.

After graduating with a fine arts degree in Christchurch, Jacob Yikes is the newest recruit to the DTR Crew, and is one of the city’s most active street artists. His style reflects the world of the weird and the wonderful, characters that morph and merge to form the most bizarre composition.

Our chat with Elle Fanning: The 'Maleficent' star ... 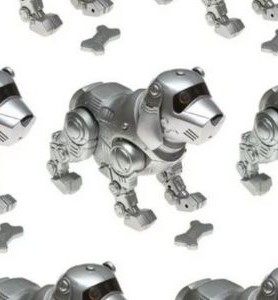 The best toys from the '90s