Over the weekend, Kim Kardashian posted not one but 15 photos on her Instagram all from the same night, and all more than a little raunchy. The first one she posted was a close-up of Kanye kissing her neck in a highly explicit nature. It generated over 20.7 thousand comments in just 24 hours since it was posted, including comments like ‘wtf’, ‘why’ and ‘yuck’. The posts have done exactly what we'd say the reality TV star wanted though, in creating such a large response - no publicity is bad publicity, right Kim?

Kim also posted a low-angle shot of just her breasts, which overwhelm the picture, along with pictures of herself eating candyfloss. All of the photos seem like a desperate bid for attention, because sex sells, of course.

Kim using Instagram as a platform for posting such obviously sexual material begs the question though, is Instagram becoming too explicit?

Kim currently ranks as one of the most followed Instagram accounts, only behind the official Instagram account, Selena Gomez and Taylor Swift, with a following of a whopping 67.9 million. (That’s 85% of all Instagram users!) Teenage girls are a substantial portion of those numbers, and it is worrying that they should be able to see someone in popular culture, who to many would be seen as a role model, in this kind of light.

Yes, Kim has posted nude selfies before. But she posted these under the pretense of body and sexuality empowerment. The pictures posted yesterday have no such justification, and are clearly sex for the sake of publicity.

Instagram do have regulations in place so that users can report a post as inappropriate, but it is incredibly difficult to enforce such restrictions when the site has 80 million users and five million posts uploaded every day. Plus, Instagram would be slammed if they tried to remove a post from someone as highly popular as Kim Kardashian, both by Kim’s followers, and of course, Kim herself.

It is a good thing for the sake of body image that Kim posts pictures of herself; she has a much curvier and healthier figure than many other stick-thin celebrities or models today. In this way, Instagram has allowed an expression of body diversity.

However, there is a line that should not be crossed. There is a difference between posting pictures of your body, and posting pictures that seem to be intended only as sexual. Yesterday, some would say, Kim crossed that line. 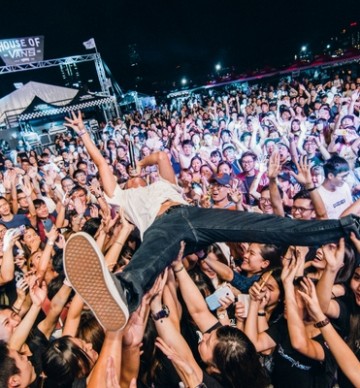 Enjoy a day of skating, music and food at House of... 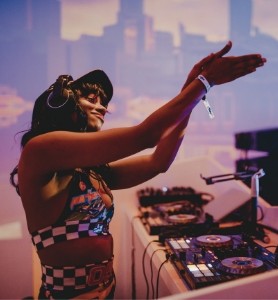