Remember how the Corona Airstream trailer made its way around the country over summer, bringing beats and beverages to Kiwis on the beaches and at summer ‘hot spots’? Well now they’ve traded in those ‘hot spots’ for ‘cold spots’. The Corona Airstream is hitting the road again, this time taking the beautifully restored 1963 Airstream trailer to popular snow destinations around the North and South Island this August. Corona will be carving out the slopes quite literally, creating a customised Snow Bar and stage on three popular skifields, with free music performances from local Wanaka act Arma Del Amor. Each snow bar will have a purpose built snow stage and bar to host the event, with tunes from midday. Check out the timetable here…

In addition to the snow bars, Corona will host free, one-off performances by Kiwi musicians, including Sola Rosa Sound System, The Peacekeepers (P Digsss & Sambora from Shapeshifter) and Dan Aux, at some of the best ski and snowboard locations New Zealand has to offer. Dates below:

Doors open 9.30pm – late, Saturday 16th August We’ve got VIP tickets for you and three mates to both the gigs in Queenstown and Ohakune to give away! To be in the draw to win them, all you have to do is scroll down to the Facebook field below, hit ‘Like’ and write either ‘Queenstown’ or ‘Ohakune’ for the gig you want to go into the draw for. Easy! Visit Corona online here or visit their Facebook page here for all the latest updates. And remember to hashtag #coronanzairstream when you upload a photo to Instagram of yourself at one of the Snow Bars or one-off performances! Words by Steven Fernandez. 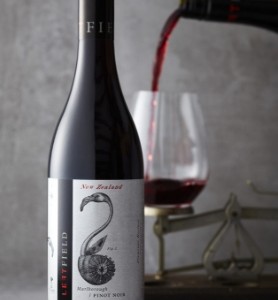 Name a better pairing than wine and music? Left Fi...

14 of the world's most stunning beaches

Plenty of culture at Te Papa this Spring

You can now live in Disney World all year long