We’re going to make a bold call and say that New Zealand has the most beautiful coastlines in the world. If you’re a Kiwi, the coastlines are what make you think of home. If you’re a traveller, they’re what keep you coming back. We stand by our statement, the New Zealand coastlines are unrivalled. Need reminding? Corona Extra has teamed up with Piha Surf Life Saving Club to present NZ Perspectives, an exhibition of photography of the New Zealand coastline. Have a look at the ten images below and read the artist narrations – we guarantee you’ll agree with our bold call by the end. Then if you want that reminder permanently in your home or office, then get amongst the auction for them. Proceeds from all the money raised through the Trade Me auction will be donated to the Piha Surf Life Saving Club. For the full auction listings click here.

‘Dean Williams—father of current Female Junior World Champion, Ella—feeling right at home on a clean morning at his local break.’ 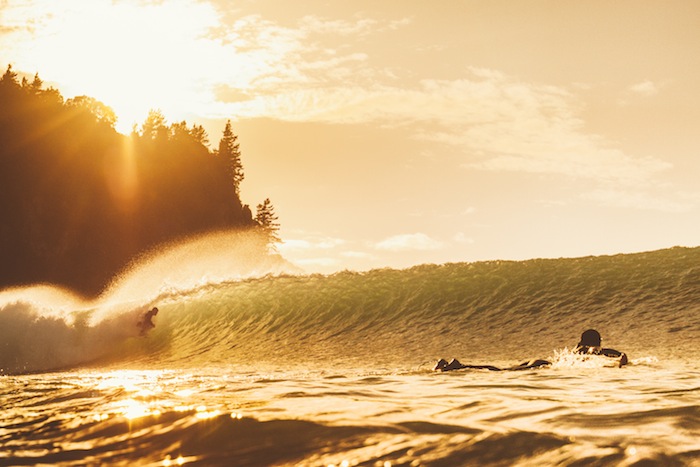 ‘This is an image I’ve strived to make for a long time. You’d think as a Piha resident I’d have dozens of similar versions, but it’s been elusive; tide, wind, sun, swell, bar bank shape and even life all seemed to happily conspire to never align...until March 2014. We had an exceptional Piha Bar season and this was one of the best sessions, just ask any local.’ 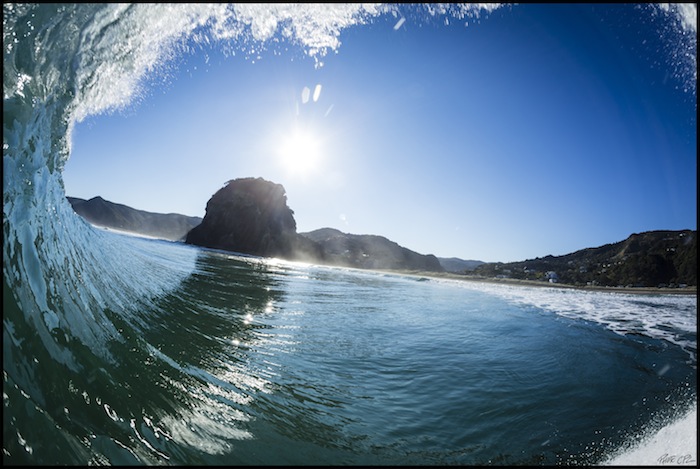 ‘This evening was absolutely flawless with not a soul around. We had been driving for a week, getting rained out in gorges and blown out conditions all around the country. We pulled up that evening to rifling lefts, and couldn’t get out there fast enough. 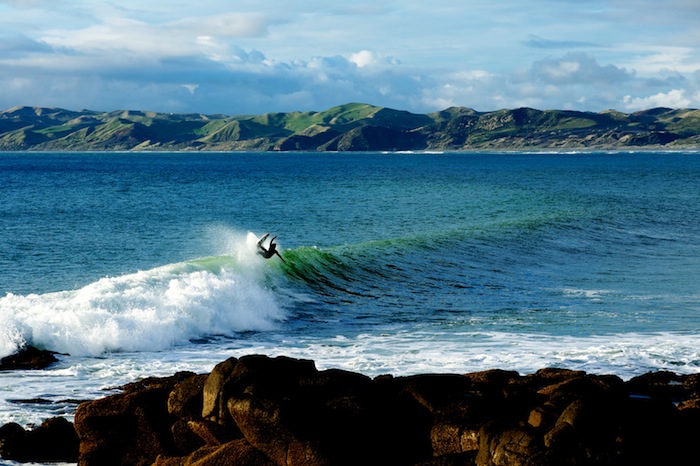 ‘I’ve been working on a series of images with a working title ‘Where Water Meets Water’. This could be a river flowing into the ocean, a tributary stream or river that flows into the main stem of a river or a lake and precipitation. Or in the case of the picture of Spirits Bay, it’s where the Pacific Ocean meets the Tasman Sea. 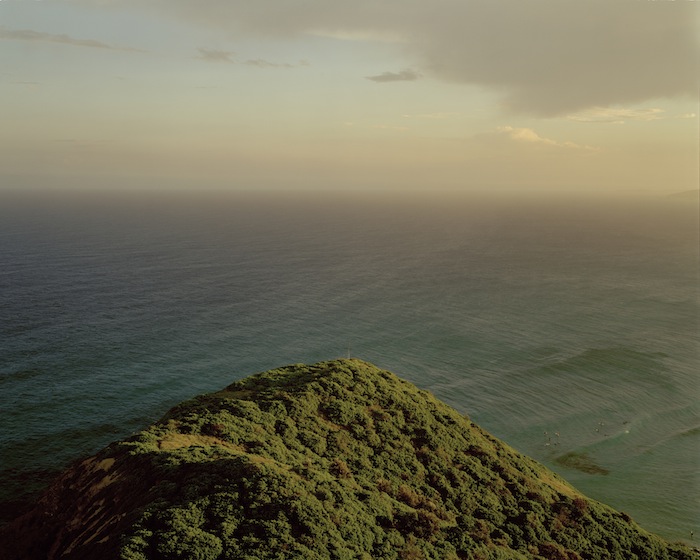 ‘It could have been any day out west, but it was bang on the middle of winter and very, very brisk. The sea mist hung around in the dawn light and the swell was solid, it was the weekend. Time passed slowly and there was not a breath of tension in the water. I remember swimming around with my camera, kicking slowly. There was no rush, and nowhere else to be, just how we all liked it. 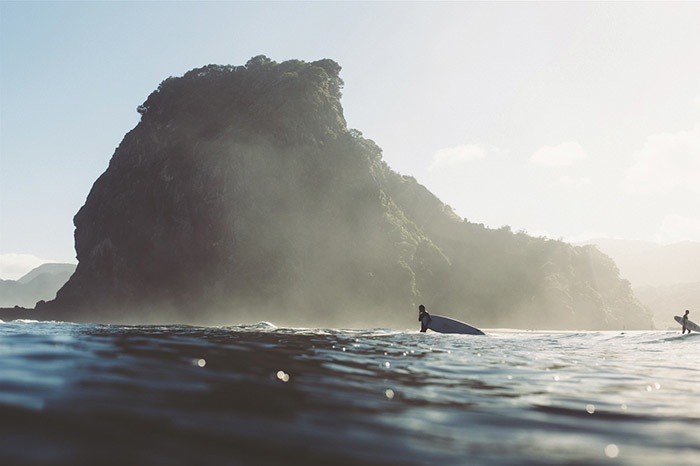 ‘Mid winter south swell hits a bend in the road. And to the north, a fresh dusting of snow lines the surrounding hillside. 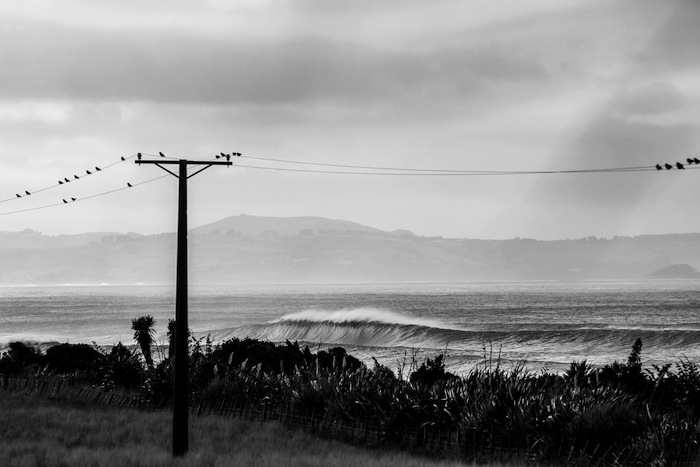 ‘I don’t think I can take photos in New Zealand. Everything I shoot feels like I’m ripping off Derek Henderson’s past work. This was from the second ‘Team Average’ trip for Monster Children, shot on the North Island somewhere. Ask Derek where it is, no doubt he’s been there before me and also shot it way better. 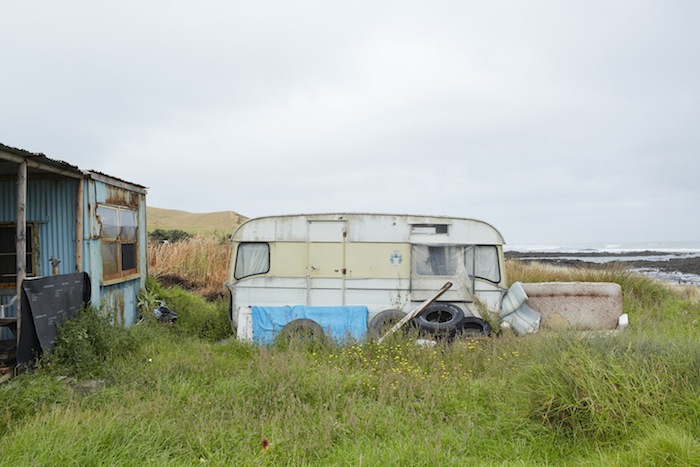 ‘I woke at around 6.30am in the freezing cold and looked out the icy windows of our camper van to see the sun just peeping its head over the horizon, breaking through the haze and sea mist. The weather can be so changeable down in the Roaring 40s so I traded the warmth of my sleeping bag for an early morning walk around the bay and a few clicks of my camera while the rest of the crew slept. The landscape and scenery in the South Island really is some of the best you’ll ever see. 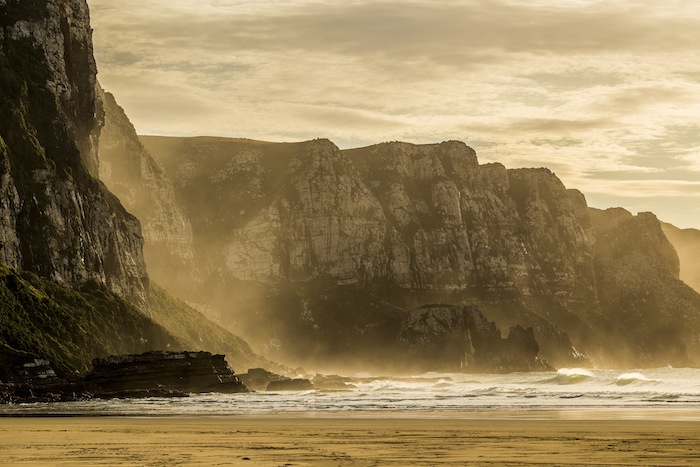 ‘We woke up to the sun. The land was suddenly drenched in colour. Creeks, lakes, and waterfalls danced. The surf was small and the tide was coming up, so we checked the cove that Devries spotted on the first day. True to his prediction, a right broke at the mouth of the cove. A crisp offshore swept the water. Set waves crumbled slightly on the outside and drifted onto the beach where they merged with a smaller inside bump, doubled up, and spun hollow off the cove wall. The sea glistened bright and clear. We were on it. 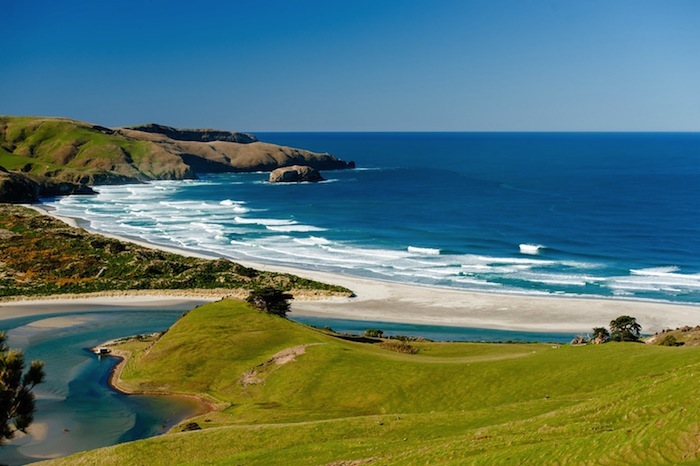 ‘This shot was taken in the Pacific Ocean. I was shooting some empty waves but it was such a nice day that I decided to swim as far out as I could and attempt to capture that summer ocean vibe. It’s probably one of my favorite images as it makes me want to go swimming.’ 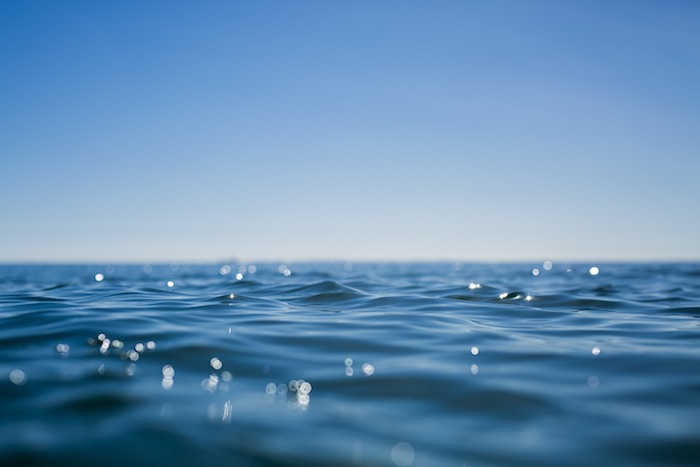 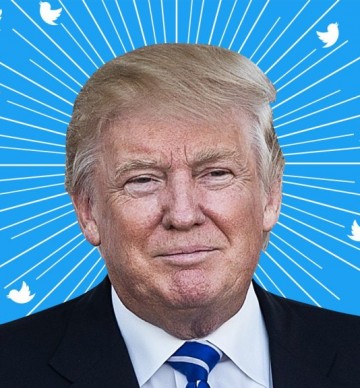