There's no denying pop singer Taylor Swift has achieved a LOT in her 27 years on the planet. The bubbly blonde has a whopping 10 Grammy's sitting on the mantles across her six homes, and has secured her spot as the world's highest-earning musician.

She's also the figurehead of the #squad every girl dreams about being part of, along with a slew of her celebrity BFF's including Karlie Kloss, Hailee Steinfeld, Gigi Hadid, Lena Dunham, and New Zealand's own Lorde.

Notorious for airing her dirty laundry through her powerful lyrics, Taylor received several 'Happy Birthday' messages from notable celebrities on social media. The most surprising of which?  Kevin Costner.

Happy Birthday to the one and only @taylorswift13! ? pic.twitter.com/efcc3Kc2Z9

In lieu of her birthday on December 13th, we've pulled together our five favourite T-Swizzle music videos for your listening (and viewing) pleasure:

Blank Space
1 billion views
Break-ups. We've all had them. But watching Taylor do all the things we wish we had the guts to do during a break-up gives us all the more reason to be head-over-heels for her. Not to mention we would happily move into that mansion in a heartbeat.

Shake It Off
1 billion views
Not only is this song ridiculously catchy, watching Taylor prance around as she tries her hand as a ballerina, hip hop dancer, and cheerleader among others, makes her all the more endearing.

Bad Blood
990 million views
The song that brought the Katy vs. Taylor feud to the fore, Bad Blood sends a strong message that Taylor has all the support of her #girlsquad, as it features the likes of Jessica Alba, Lily Aldridge, Karlie Kloss and Selena Gomez dressed as alter egos.

You Belong With Me
651 million views
Ahh yes, pre-pop Taylor. Telling the story of unrequited love with a fairytale pay off at the end, we can't help but want to recreate that crafty looking tee she's sporting.

Love Story
337 million views
It's the tune that made Taylor Swift a household name. Rocking her signature curls and swanning around in a princess dress, this video is every girls fantasy. 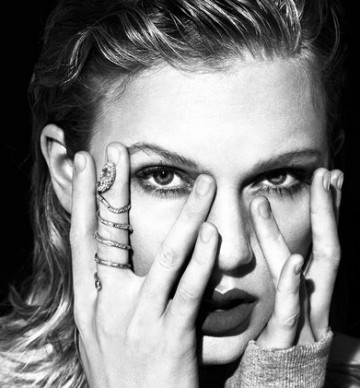 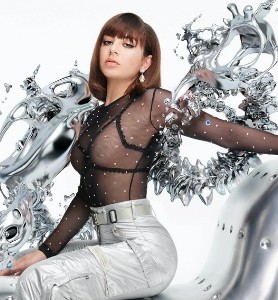 A sit down with pop-princess Charli XCX

The best celebrity 'grams from Coachella